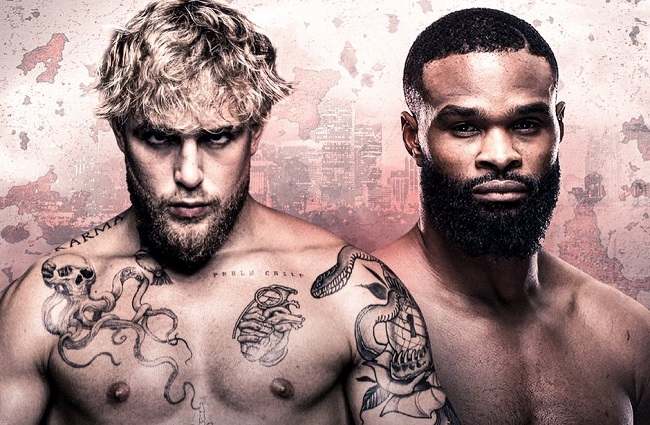 Who is Jake Paul’s Next Opponent Tyron Woodley?

Jake Paul’s Next Fight: Internet sensation Jake Paul who recently entered the professional boxing circuit will be up against UFC welterweight champion Tyron Woodley in the next boxing match. The duo signed a deal to meet on 28th August 2022. The venue of the Jake Paul vs Tyran Woodley fight is undecided. Here are all the things you should know about Jake Paul’s next opponent Tyron Woodley.

Who is Jake Paul’s Next Opponent Tyron Woodley?

The 39 years old American is a mixed martial artist and broadcast analyst. At UFC 201, he became the UFC Welterweight Champion after defeating Robbie Lawler. He defended his title four times before losing it to Kamaru Usman, in 2019.

Woodley made his UFC debut in 2013. Tyran won his debut fight in the UFC in just 36 rounds by a knockout. After competing for 8 years in the Ultimate Fight Championship Woodley decided to part ways in 2022. He has acted in movies as well. Furthermore, he hosts a podcast.

Woodley has not received the appreciation he deserved. Despite some fantastic performance in the UFC Welterweight category, UFC president Dana White criticised him. Furthermore, he failed to grasp the love of the fans. In combat sports getting appreciation from fans is one of the biggest boosts for the fighters. But, Woodley has been unpopular among fans.

Many people believe that Tryan’s legacy would be at stake against Jake Paul. The former UFC fighter has been always overlooked and if at all he loses to Paul then it would be devastating for him and might strangle the little legacy he has created. Woodley ended his UFC career on a four-match losing streak.

Woodley was involved in a backstage verbal encounter with Paul during the Jake Paul vs Ben Askren fight. He got mocked for his inexperience in boxing. After Paul knocked out Woodley’s long term friend Ben, speculations were spread that Woodley is gonna be facing Jake Paul inside the ring. And lately, the news has been confirmed.

The bout between Jake Paul vs Tyran Woodley is expected to take place on Showtime PPV after Paul signed a deal with the premium cable company in May.