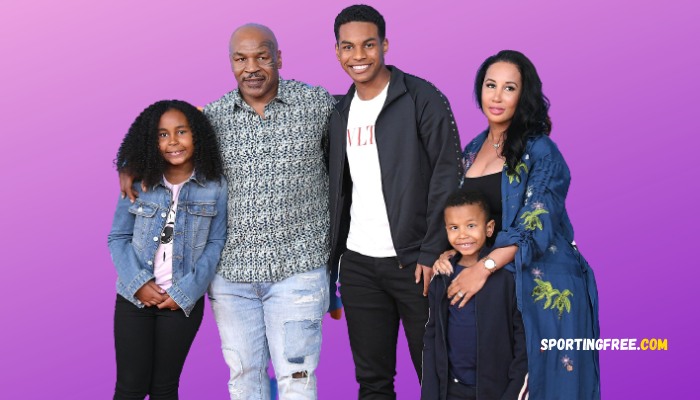 Mike Tyson Children: All We Know About The Tyson’s Kids

Mike Tyson is one of the best heavyweight boxers in the world. The American had a successful boxing career before retiring in 2005. The 53 years made his comeback in the ring for his exhibition fight against Roy Jones Jr. The match ended in a draw but Tyson was applauded by fans for his fitness level. Everyone knows about Tyson’s professional life, but only a handful of them about his personal life.

It’s like two sides of the coin. With professional life clearly visible, the personal life is obscured. Mike Tyson has married thrice in his life. His first marriage was with Robin Givens (1988-1989), his second marriage with Monica Turner (1997-2003) and his third marriage to his current with Lakiha Spicer in 2009.

Who are Mike Tyson Children?

In total Mike Tyson has been the father of 8 children. Unfortunately, her daughter Exodus Tyson died at the age of four after she got stuck on a treadmill. Mike Tyson shares a very close relationship with his children and supports them in the best possible way. Tyson’s seven kids love their father and recently, respond to their dad’s boxing comeback after 15 years against Roy Jones Jr in an exhibition fight.

Tyson has no children from his first marriage with Robin Givens. The ex-boxer then married Monica Turner and became a father for the first time. The couple became parents to Amir and Rayna.

After her split, he married Lakiha Spicer and had two kids – Milan and Morocco. In between, she had also had children with his girlfriends.

Born in 1991, Mikey Lorna Tyson is the eldest child of Mike Tyson. Lorna doesn’t make public appearances and also maintains distance from social media. Tyson most of the time was not there for her during her childhood.

But, he has been making amendments and trying to repair the relationship with Mickey Lorna Tyson.

Like most of Mike’s children she also keeps her private life secret. As per the sources, she is planning to enter the film industry soon.

The 23 years old, Amir Tyson was born on August 5, 1997. He is an American businessman. Furthermore, he is the CEO of Debonair Attire.

Unlike his siblings, he is interested in boxing. He has impressed Mike Tyson with his kickboxing skills. Soon, we might see him entering the ring under the guidance of his father.

The 13 years old has featured on a handful of television shows along with his father Mike Tyson. She is a junior tennis player and her video of training with Sarena Williams went viral.

Morocco is the second child of Mike Tyson with Lakiha Spicer. Born on January 25th, 2011, Morocco Tyson is Mike Tyson’s eighth children and the youngest amongst all.