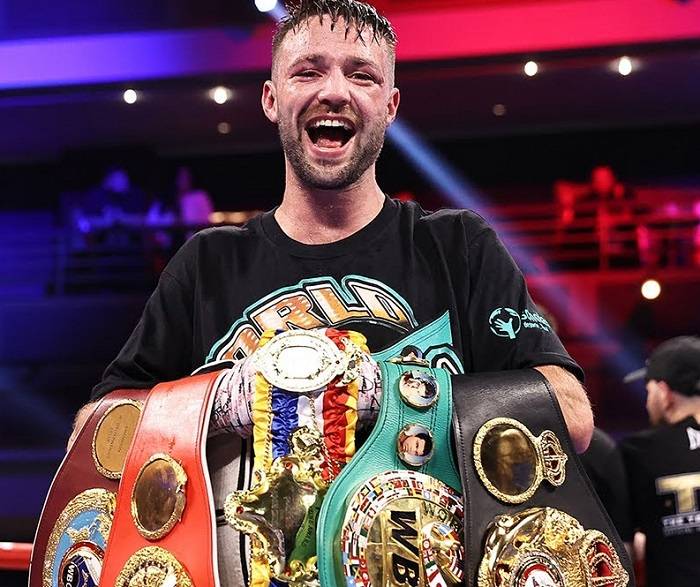 Josh Taylor Net Worth 2022, Next Fight, Salary, Earnings and Records

Josh Taylor is a Scottish professional boxer who competes in the lightweight welterweight category. He has held the WBA (Super), IBF, and Ring magazine titles since 2019. In 2022, he added two more titles to his name when he defeated José Ramírez to win the WBC and WBO titles. The southpaw is regarded as the best Scottish boxer of all time.

Tylor also won the silver medal in the 2010 Commonwealth Games and changed the colour of his medal to gold in the 2014 Commonwealth Games. Here’s everything you need to know about the Josh Taylor’s net worth including the boxer’s salary, next fight, earnings and records.

As per the sources, Josh Taylor’s net worth is estimated to be around $2 million. The Scottish got over $1 million from his fights against Prograis and Khongsong. The 30 years old doesn’t do any endorsement.

Josh has been actively donated for the betterment of society. He is the ambassador for the East Lothian Sunday Fresh Chicken Dinner Boxes and provides food to the needy ones.

One of the possible opponents of Josh Taylor could be American star, Terence Crawford. Although, for this fight, he needs to move up to the welterweight category. In the past, Crawford has also shown interest in the bout against Josh Tylor.

He said, “ it would be an excellent bout between two undisputed champions in the 147 pounds weight category”.

Another boxer that Josh Taylor can fight next is Teofimo Lopez who is a unified champion at lightweight. Teofimo shared a cryptic message on Twitter and in the past also showed the desire to move up a division. So, as per speculation, he might be the next opponent of Josh Taylor.

His professional record is 17-0. The Scottish is undefeated and has won 13 fights by knockout. He has a 76% knockout rate. Nicknamed – The Tartan Tornado, he has defeated some notable fighters like Ivan Baranchyk, Regis Prograis, Miguel Vazquez, Ryan Martin etc.

The most memorable fight of his career is against Ivan Baranchyk and Regis Prograis. He defeated them in the world boxing series to win the title.