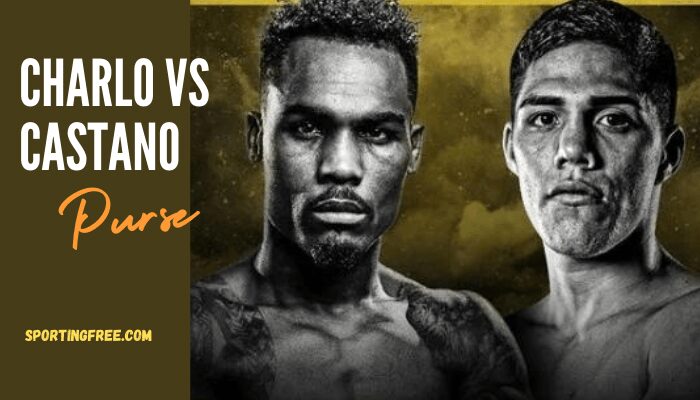 Jermell Charlo vs Brian Castano Purse, Salaries: How much money will they make?

Jermell Charlo and Brian Castano are all set to fight tonight in a super welterweight boxing bout. All the four belts of the fighters are on the line, Charlo’s WBC, WBA and IBF championship and Castano’s WBO title on Saturday, July 17 at AT&T Stadium. It is one of the important fights for both the fighters in terms of career and money. Jermell Charlo vs Brian Castano purse salaries s based on their contract with the promotion.

Many things will be at stake when Jermell Charlo walk towards Brian Castaño in the ring as both the fighters are eying on be the first undisputed champion of the four-belt. Whoever wins the fight, one thing is for sure that it’s going to be a cracker between the two champions.

Both the fighters are expected to earn more from the fight after including the fight bonus and revenue share. The promotion never reveals the exact salary of the fighters, and the below figure is based on reports and past paychecks.

Currently, Jermell Charlo’s net worth is estimated at around $2 million, and his main source of income is boxing fights. His latest fight contract with the boxing promotion has increased the per fight salary.

Romero vs Yigit is a co-feature bout on the Jermell Charlo vs Brian Carlos Castano card. The undercard was slated to take place between WBA interim lightweight champion Rolando Romero and Austin Dulay, but due to knee injury, seeing Sweden’s Anthony Yigit was replaced by Dulay for the fight.

Charlo will look to become the first undisputed champion at 154 lbs, and you can watch that on Showtime if you live in the US. The non-pay per view will be broadcast in Australia on Fox Sports.