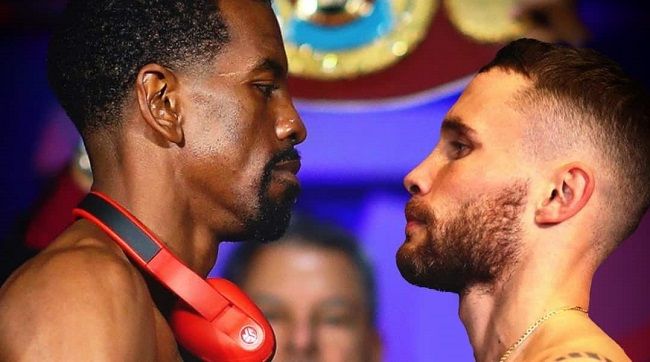 Jamel Herring vs Carl Frampton Purse Payouts: How Much Will Fighters Earn?

Herring vs Frampton purse and prize money: How much each fighter make from the fight in Dubai?

The first-ever PPV (pay per view) card of April 2022 will see Jamel Herring and Carl Frampton going up against each other in the boxing ring. The fight would take place on April 3, 2022 at Caesars Bluewaters in Dubai. Jamel Herring is the current WBO Junior Lightweight champion. The Jamel Herring vs Carl Frampton purse payouts not officially released but we’ll try to find how much money boxers will really take home after the fight.

The American recently defeated two of his closest rivals- Lamont Roach Jr and Jonathan Oquendo. It would be a great opportunity for the Irish, Carl Frampton to get his hands on the WBO Junior Lightweight championship.

The American boxer, Jamel Herring will receive a guaranteed payment of £500,000, whereas his Irish opponent, Carl Frampton will surely earn £350,000. Jamel holds the record of 22 professional fight wins. The total payout for him can go up to £2.2 million if the pay per view goes up on the fight day.

As per the previous fights payout records, Jamel Herring earned £400,000 as a guaranteed purse in his last fight against Jonathan Oquendo. On the other hand, Carl Frampton earned a total between £350-£500 as a guaranteed pursuit in his last fight against Darren Traynor. Frampton defeated Darren last year August 2022 to earn the title fight with Jamel Herring.

If the PPV goes higher than what expected, then Carl Frampton can each up to £1 million.