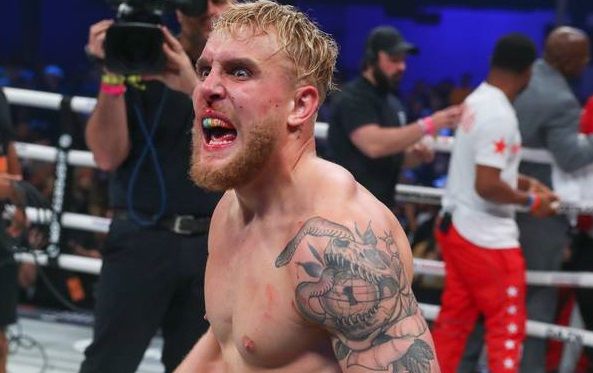 Jake Paul Next Fight: Paul vs Tyron Woodley date is set for August 28

Several host cities are still under consideration, as per sources. Though an official announcement on the Jake Paul vs Tyron Woodley date and location is expected shortly.

Paul, 24, one of the most popular social media influencers in the world. He has made a lot of noise in the boxing world since his pro debut in January 2022. First, he TKO’d fellow influencer AnEsonGib in the first round. He knocked out former NBA player Nate Robinson in the first round late last year.

Paul’s confidence hit an all-time high after starting with his favourite bet against 39-year-old Woodley. Beating former Bellator and ONE Championship titleholder Ben Askren in the first round.

This will mark the second time in a row that Paul faces a former UFC fighter in a boxing match.

Woodley, who won the UFC welterweight title in 2016 and successfully defended it four times. Recently fought out his UFC contract, which made him a free agent.

He is considered the best 170-pounder on the planet. He represents the biggest step up in competition Paul has ever faced

Despite the fact that he has lost his last four MMA fights and is 39. Woodley parted ways with the promotion with a 19-7-1 record.

Jake Paul vs Tyron Woodley: Woodley feels this is the easiest fight of his career

“Basically, they brought me in to take out the trash. I can’t wait to shut this b**** up. This is getting done for the culture. He whole MMA community and boxing community, to rid this guy of combat sports.”

Paul and Woodley are scheduled to face off for the first time Thursday in Miami, per Bidarian. Paul’s older brother, Logan, also a social media influencer turned aspiring boxer, takes on Mayweather in an exhibition boxing bout.

We are excited to launch our partnership with Jake Paul, and this intriguing Paul vs. Woodley. This event is sure to be one of the most talked-about events of the year,” Stephen Espinoza, president of Showtime Sports, told ESPN.

Tyron Woodley is an accomplished professional fighter. Jake’s willingness to take on an experienced pro like Tyron tells you everything you need to know about Jake’s goals and ambitions: he welcomes challenges; he embraces risk and he seeks to build a legacy in the sport of boxing.