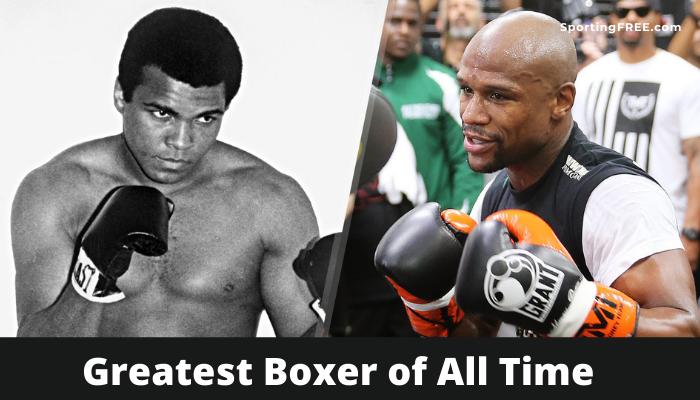 The Greatest Boxers Of All Time

These greatest and legendary boxers are remembered for their achievements inside the ring.

The Mexican boxer won numerous championship titles. He used to compete in super featherweight, lightweight and light-welterweight. Julio Cesar started his professional career in 1980 and stepped in the ring for the last time in 2005. He is the owner of various records, the most successful defences of world titles (27) to name a few.

Oscar started boxing at a young age of five. He won 10 world titles in various divisions. The american retired from professional boxing in 2009. Post retirement he has promoted some of the greatest talents of boxing like Floyd Mayweather and Manny Pacquiao.

Archie Moore won 186 matches in his career. He holds the record for the highest knockout wins (45). Furthermore, Moore is the longest-reigning world light heavyweight champion of all time.

He is one of few black boxers from America during the 20th century. He was heavyweight champion from 1937 to 1949. In 1993, he became the first boxer to be honoured by the U.S. Postal Service. Without including Louis, the list of greatest boxers of all time will be incomplete.

The Argentinian was known for his rapid punches, devastating power and relentless hard work. He was an undisputed middleweight champion for eight years. He was sentenced to 11 years in prison for killing his girlfriend. In 1995, Carlos Monzon died in a car accident.

Manny Pacquiao is the only eight-division world champion in boxing history. He defeated some of the best in the ring. However, in 2008, in the fight of the century, he lost to Floyd Mayweather. Pacquiao is also a senator in the Philippines.

Floyd Mayweather is not only one of the richest boxers but also, the greatest boxers of all time. He remained undefeated throughout his career. Out of 50 fight wins, he won 27 fights by knockout. As per Forbes, Floyd was the highest-earning athlete in 2012, 2014, 2015 and 2018.

Sugar Ray Robinson has received praise from many greatest boxers during his career. He was the welterweight champion for five consecutive years (1946 to 1951). Additionally, Robinson was also the five-time middleweight champion. He was undoubtedly the best boxer of his time.

The ranking of the greatest boxers of all time is very subjective and there would always disagreements among fans. It has been always a tough task to pick the best athletes in any sport.

It is also not fully fair to compare the great fighters from two different eras.