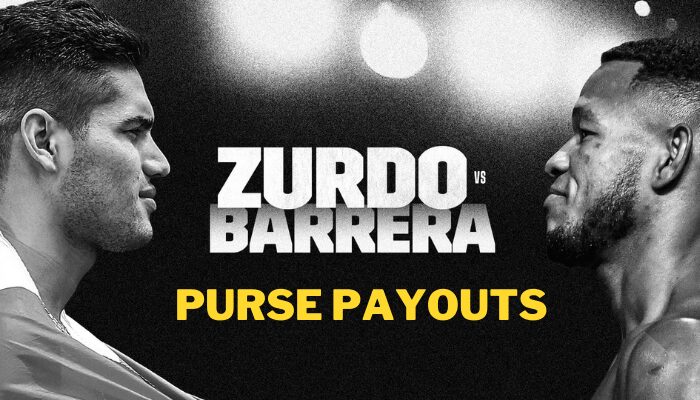 Ramirez, the former 168-pound champion, will take on Sullivan Barrera in his third light-heavyweight fight to remain undefeated. The PPV will also feature the co-main event between Joseph Diaz Jr vs Javier Fortuna. The fight will take place at the Banc of California Stadium in Los Angeles. Gilberto Ramirez vs Sullivan Barrera purse payouts for Friday’s fight is based on a contract with DAZN.

The 12-round light heavyweight bout between Gilberto Ramirez and Sullivan Barrera 11:30 p.m. ET and 4:30 a.m. BST. Ramirez, a.k.a. “Zurdo,” has won his last two fights of four but never looked impressive with his skills. He has to fight with full potential to defeat Cuban Barrera on Friday. Below, we break down the Ramirez vs Barrera purse money.

According to the boxing contract with Golden Boy promotion, Gilberto Ramirez is guaranteed to earn $500,000 from the fight as well as revenue from the PPV share. The total purse of Ramirez could be around $3 million, including the TV share.

Before signing the Golden Boy’s contract, the Mexican held Top Rank’s contract, which expired in 2022.

His opponent Sullivan Barrera will make a guaranteed purse of $250,000 while he will earn a small chuck from the PPV share compared to Zurdo.

The live coverage of Gilberto Ramirez vs. Sullivan Barrera fight card will start at 9 p.m. ET, while Ramirez and Barrera are expected to appear at ​11:30 p.m. ET.