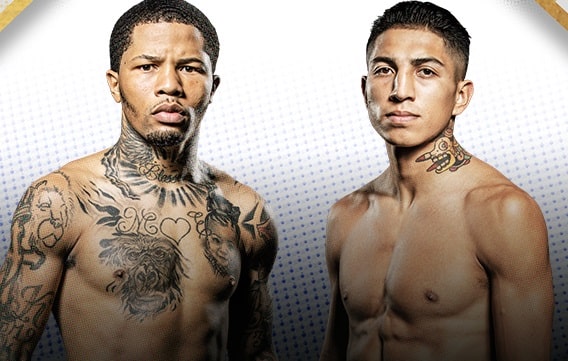 Gervonta Davis vs Mario Barrios Purse Payout, Salary: How Much Will Each Fighter Earn?

In the last fight against Leo Santa Cruz, Gervonta knocked out the WBA super featherweight champion Santa Cruz in the sixth round. The 26-year-old, Barrios is not a popular opponent that fans would be wanted for Davis but still, he is a tough challenge for the two-division champion.

Davis will fight for the first time into the 140lb division while Barrios will be fighting in his regular at 140 pounds. The boxing fans expecting to be the toughest test for Davis. Here’s a look at how much money Davis and Barrios could earn from the fight, along with their net worth.

There is no official purse announcement for the fight, but Gervonta Davis and Mario Barrios is expected to earn quite a good handsome money. According to reports, Davis will get guaranteed purse money of $1 million for the fight. As per his contract, the fighter will receive bonuses on top of the base salary and share from the PPV sales, which will boost Gervonta Davis’s total purse payout to $5 million.

While the current super lightweight champion Mario Barrios to pocket a guaranteed $500k, and total earnings could be around $1.5 million if Barrios’s contract includes bonuses and PPV revenue share.

What is Gervonta Davis’s Net Worth?

As per our research, Davis’s net worth is around $4 million which is quite for the 26 year old boxing star. The earnings are expected to increase in coming fight.

What is Mario Barrios’s Net Worth?

Barrios’s net worth stands at $1 million, and his earning is growing significantly with every fight. He is earning a good at the age of 26 years old, and a major source of income is Boxing.