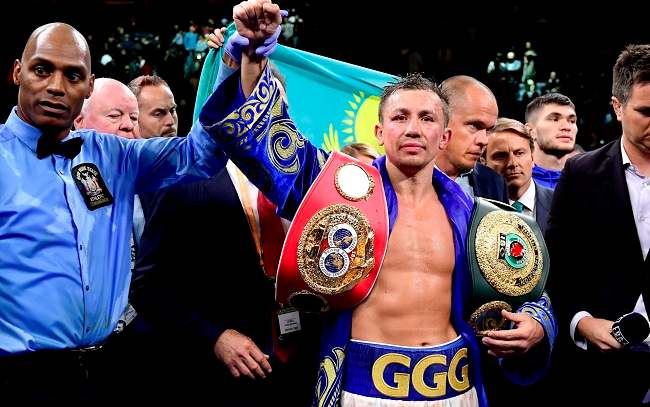 Gennady Gennadyevich Golovkin defended his IBF and IBO middleweight title against Polish boxer Kamil Szeremata. Golovkin won the match by knocking Szeremeta down in the first four rounds until the referee awarded him the win by TKO. Golovkin registered the record for defending the IBF world middleweight title most times consecutively. Let’s see the Gennady Golovkin vs Kamil Szeremeta payouts, how much the winner Golovkin received after the fight.

GGG defended the title for the 21st time, breaking the record he previously shared with Bernard Hopkins. The fight was scheduled for Friday, 18 December, at the Seminole Hard Rock Hotel & Casino in Hollywood, Florida. GGG entered the ring for his 43rd fight, and the 38-year-old now has a superb professional boxing record of 41-1-1 with 36 wins by KOs.

On the other hand, his Polish opponent Kamil Szeremeta was unbeaten up until this fight, but his unbeaten streak has now come to an end, and Szeremeta now displays a record of 21-1 with five wins by KOs.

Golovkin came back into the ring nearly after more than a year, after his previous victory against Sergiy Derevyanchenko by Split Decision in October 2019 in New York.

Surprisingly, Kamil Szeremeta had also entered the ring after the same date as his last victory was in a fight against Oscar Cortes, which featured in the Undercard for GGG Vs. Derevyanchenko. Golovkin has only lost to Canelo Alvarez in his long career.

The Gennady Golovkin vs. Kamil Szeremeta bout was scheduled just a night before Canelo Alvarez’s return to the ring, the Mexican will be up against Callum Smith. Golovkin is now possibly set for a trilogy fight against his arch-nemesis Canelo Alvarez. The two middleweights fought to a draw in September 2017.

Then in September 2018, Alvarez defeated Golovkin by a majority decision to claim the WBC, WBA, IBO, and The Ring Magazine middleweight titles. Golovkin might get a chance for redemption against arguably the best middleweight boxer of this era.

Gennady Golovkin took home a guaranteed purse of $7 million and an additional $2 million to $4 million based on the pay-per-view sales of the fight broadcasted on DAZN. GGG has signed a strong contract deal with DAZN, which helped him earn $15 million from his previous battle against Derevyanchenko in 2019.

He would have probably received $1.5 million as sponsorship bonuses for Knocking out his opponent Szeremeta and successfully defending his IBF world middleweight title.

Full payment information will be published as soon as the shared revenue is paid-per-viewed. Info on Gennady Golovkin vs Kamil Szeremeta payouts based on their previous fight earnings.