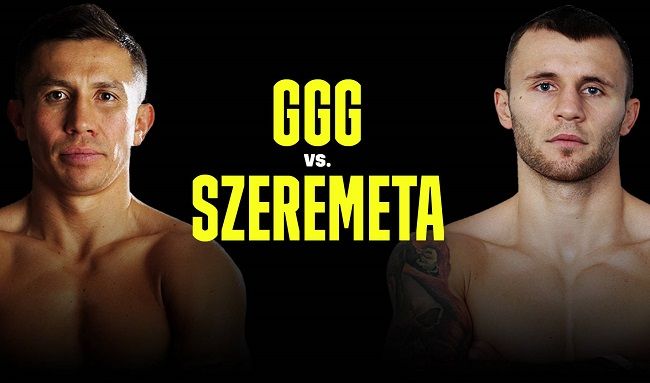 Gennady Golovkin vs Kamil Szeremeta: How to Watch the Fight Online

Gennady Gennadyevich Golovkin, the current IBF and IBO middleweight champion and arguably the current second-best middleweight boxer after arch-rival Canelo Alvarez. GGG will be defending his IBF world middleweight title for the record 21st time against Szeremeta. If the Kazakhstani comes out victorious, he will break the current record, which he shares with Bernard Hopkins. The fight can be watched on television while Gennady Golovkin vs Kamil Szeremeta live stream is available online for boxing fans.

The fight is scheduled for Friday, 18 December, at the Seminole Hard Rock Hotel & Casino in Hollywood, Florida. GGG will enter the ring with the experience of 42 fights; the 38-year-old has a splendid professional boxing record of 40-1-1 with 35 wins by KOs.

On the other hand, his Polish opponent Kamil Szeremeta has been unbeaten till now in his professional boxing career, displaying a record of 21-0 with five wins by KOs. Kamil Szeremeta is also currently ranked as the 7th best active middleweight boxer in the world by The Ring and 8th on the Transnational Boxing Rankings Board.

GGG comes back into the ring nearly after more than a year, after his victory against Sergiy Derevyanchenko by Split Decision in October 2019 in New York. Surprisingly, Kamil Szeremeta also enters the ring after the same duration as his last victory was in a fight against Oscar Cortes featured in the Undercard for GGG Vs. Derevyanchenko.

He has a great run at the start of his career 37-0 before bumping into Canelo Alvarez. The two middleweights fought to a draw in September 2017. In September 2018, Saul Alvarez won by a majority decision to claim the WBC, WBA, IBO, and The Ring Magazine middleweight titles.

Golovkin has only lost to Canelo Alvarez in his long career. The Gennady Golovkin vs. Kamil Szeremeta bout is scheduled just a night before Canelo Alvarez’s return to the ring; the Mexican will be up against Callum Smith. To know details about How to watch Canelo Alvarez vs Callum Smith live fight, check our page.

The Gennadiy Golovkin vs. Kamil Szeremeta fight will be a 12 rounds bout for the IBF middleweight title.

The live telecast of Gennady Golovkin vs. Kamil Szeremeta will be shown exclusively on the DAZN channel and the DAZN website if you have a subscription. The show will live on DAZN globally, including the United States, United Kingdom, Canada, and more than 200 countries.

If you want to watch the much anticipated Gennady Golovkin vs. Kamil Szeremeta clash, a DAZN subscription costs a monthly $20 CAD and annually $150 CAD in Canada; it also has a 30-day free trial.

If you want to watch the Golovkin vs Szeremeta live stream fight from the United Kingdom (UK), you can get a valid DAZN subscription, and the telecast will start at 1 A.M. in the UK.

How to watch Golovkin vs Szeremeta live streaming from anywhere?

If you are stuck abroad and want to watch the anticipated fight between Gennady Golovkin and Kamil Szeremeta via your usual home streaming services or if your country doesn’t have an official broadcaster for the fight.

To catch Golovkin vs Szeremeta live streaming, which is only available on region-locked platforms, you can use a reliable VPN service.

A VPN lets you disguise your location, ensuring that you can easily access geo-blocked content from anywhere around the world. How if you may ask? By encrypting your internet traffic and supplying you with a unique IP address, which tricks the region-locked services into enabling you to use them abroad.