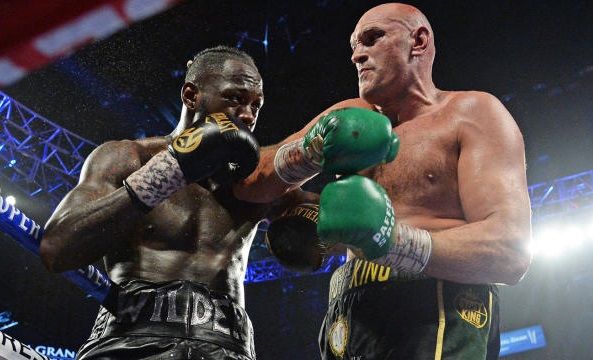 Deontay Wilder has won the arbitration hearing and is set to clash with Tyson fury for the third time. The fight called Fury vs Wilder 3 is scheduled to take place on Saturday, October 9, 2022, in Las Vegas. The fight was originally scheduled for July 24 but due to Fury’s coronavirus infection, the fight will now take place on the new date, that is 9 October 2022.

The exciting and thrilling boxing match between old rivals is expected to draw the attention of a larger number of fans. Tyson vs Deontay Wilder 3 press conference ended up in a five-minute staredown, wilder was silent.

Wilder and Tyson have clashed twice until now; the first bout between them is considered one of the best in boxing history. Fury made a comeback to earn a controversial draw. The second bout was completely dominated by Tyson Fury and won the match by seventh-round knockout.

Earlier, Fury was scheduled to fight against Anthony Joshua in August 2022 in Saudi Arabia. But, Wilder didn’t step aside and won the case in court to set a clash with Fury for the third time. Here’s everything you need to know about the Deontay Wilder vs Tyson Fury boxing match, including the PPV start time, PPV price, location, streaming channels and betting odds.

When is the Fury vs Wilder 3 fight?

The third boxing fight between Fury vs Wilder is set to take place on Saturday, 9 October 2022. All eyes will be on Wilder as he will look to take revenge for his defeat in the re-match.

Where is Fury vs Wilder 2022 fight taking place?

The fight venue of the Fury vs. Wilder 3 is announced, it will take place at the T-Mobile Arena in Las Vegas

How much does Fury vs Wilder 3 PPV cost?

Boxing fans can live stream Fury vs Wilder 3 pay-per-view fight on ESPN+ in the United States while the bout will be streamed live on BT Sport Box Office App.

How to Buy Deontay Wilder vs Tyson fury Tickets 2022?

The tickets for the Fury vs Wilder 3 are yet to go on sale. Once the venue is finalised, fans can buy the fight tickets. Check here again here to get information about the ticket price and how you can buy it.

How to watch Fury vs Wilder live fight?

The bout will be a pay-per-view bout and broadcast on ESPN and Fox Sports in the USA.

By looking at the professional records, both fighters are at par. It isn’t easy to choose one to put a bet on. However, Deontay Wilder will be more hungry for the win because of his knockout defeat in the last bout.