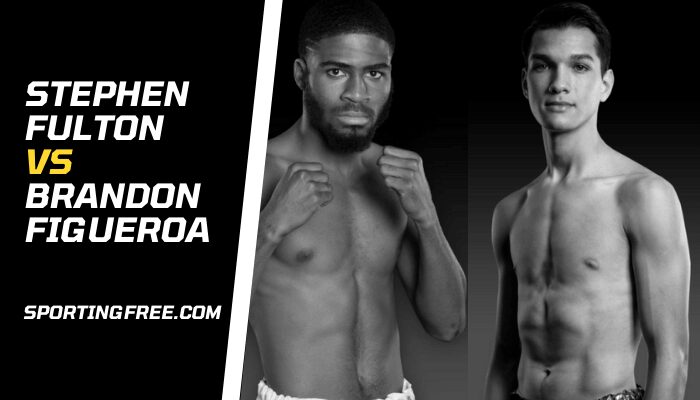 Stephen Fulton vs Brandon Figueroa Date, Tickets, Stats, Odds, Where to Watch and Everything You need to know

Here are the details about the fight, such as Fulton vs Figueroa fight date, how to buy tickets, location, time, stats, odds and where to watch live stream.

When is Stephen Fulton vs Brandon Figueroa fight?

The 12 rounds super bantamweight title bout will take place on Saturday, September 11. The timing of the fight between Fulton vs Figueroa is 7 p.m. ET / 4 p.m. PT.

READ: Oscar De La Hoya vs Vitor Belfort Date, Tickets, Time, Odds, Where to Watch and Everything You need to Know

Where the Fulton vs Figueroa fight taking place?

The fight will be taking place at the Dignity Health Sports Park in Carson, California, USA.

How to watch the Fulton vs Figueroa fight?

Showtime holds the official broadcasting right of the fight. One can watch the live-action of Stephen vs Brandon on Showtime.

They can visit the official website of Showtime or can download the application on their mobile phone. Showtime is paid, but viewers can enjoy its 30 days free trial to watch the super bantamweight title bout.

READ: David Benavidez vs Jose Uzcategui Fight Date, Tickets, Stats, Odds, Where to Watch and Everything you need to know

Prediction: Who will win Fulton vs Figueroa fight?

Both fighters are almost the same height with no major difference and have been pro for 6 years. But Bradon Figueroa is the underdog here. He is known for throwing powerful and jaw-dropping punches.

With both fighters almost at par, the fight is going to be an entraining one. However, the quickness and athleticism of Brandon can be the difference maker and decide the outcome of the fight. For this alone reason, Bradon Figueroa can be trounced over Stephen Fulton.

Stephen needs to be cautious of Brandon’s close-range shots that have the power to knock out even the best of best.