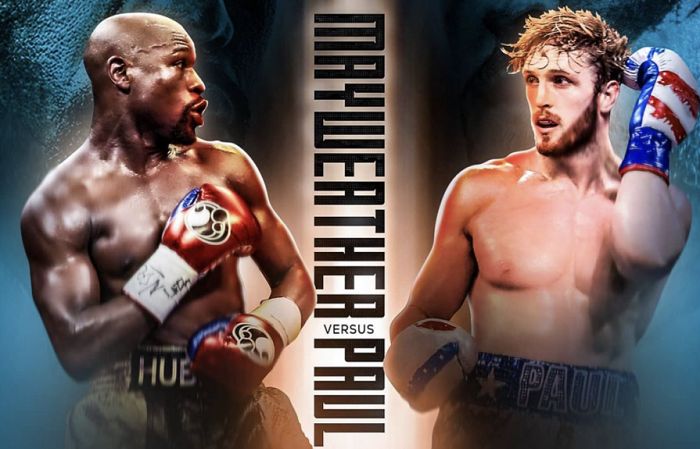 Boxing legend Floyd Mayweather and YouTube sensation Logan Paul have agreed to an exhibition match. The fight which was originally scheduled to take place in February is now expected to take place in the month of June 2022. The fight was earlier scheduled for February 20, 2022. The talks are going on between the promoters to finalize the Floyd Mayweather vs Logan Paul fight date, venues and broadcasting TV channels.

A new date and venue of the Mayweather vs Paul fight are yet to be decided. As per reports, the new date is almost decided for the upcoming boxing fight of the undefeated American boxer. Logan’s brother Jake Paul who recently defeated UFC star Ben Askren in the exhibition is confident about his brother beating the legend.

As per The Athletic boxing insider, Mike Coppinger, one of the most awaited events, the exhibition fight between youtube sensation and hall of fame athlete is expected to take place on June 5, 2022.

However, there is no information about the venue of the Floyd Mayweather vs Logan Paul fight. Floyd in his latest Instagram post hinted that five cities, Las Vegas, Los Angeles, Miami, Dallas, and Atlanta are taken into consideration for his comeback fight.

There is no official announcement about the fight purse between Mayweather vs Logan. But, as per the sources, the boxing legend Mayweather is expected to earn $100 million from the fight. Looking at the popularity of Logan Paul the pay-per-view is also expected to be high.

With 15 major titles, Mayweather is unbeaten in his professional career. He has a record of 50-0, with 27 wins by knockout. The Hall of Fame athlete last fought his professional fight in 2017 against Conor McGregor and won the bout in the 10th round by TKO. The 44 years has been in the game for more than 2 decades and has come out of retirement twice.

On the other hand Floyd’s opponent, Logan Paul started his professional career in 2019. He faced KSI in his first professional fight. The fight was of six rounds of three minutes each. The bout ended in favour of KSI by a split decision. Thus, Logan Paul has a professional record of 0-1.

Floyd vs Logan Net Worth

Logan Paul’s net worth to be estimated at $19 million. A major part of his net worth is from his two youtube channels. According to a Forbes report, Logan Paul earns $80,000 and $1,50,000 for posting sponsored content on Instagram and Facebook respectively. He also endorsed brands like HBO, PepsiCo, Hanes etc.

Floyd Mayweather net worth stands at $450 million. Despite retiring in 2017, the legend earns a huge amount of money. His total career earnings are estimated to be $1.1 billion. In his last fight against McGregor in 2017, he took home $300 million.