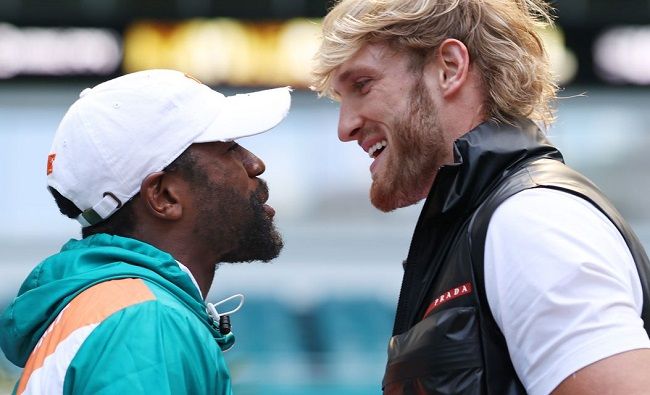 Mayweather, the undefeated Boxing legend is all set for his return to the boxing ring after he beating the MMA superstar Conor McGregor in 2017. One of the biggest boxing champions, Mayweather has a rock-solid 50-0 professional boxing record and known for his punching accuracy on the opponents

Showtime’s PPV is scheduled to kick off at 8 pm ET / 5 pm PT while the main event between Paul vs Mayweather will begin midnight ET / 9 pm PT. The british fans can catch the live coverage at 5 am BST in the UK and 2 pm AEST in Australia on Sunday, May 7.

Jake Paul Next Fight: Paul vs Tyron Woodley date is set for…

Mayweather vs Paul fight will take place without official judges and the winner will not be announced while knockouts would be legal in the fight.

The fight will be of eight rounds of three-minute, and both fighters will wear 10-ounce gloves during the bout according to the Florida State Boxing Commission.

The boxing legend is expected to earn around $100 million from the fight while Social media star, Paul is guaranteed to make around $250K from the exhibition fight. Check Mayweather vs Paul purse payouts.

How to watch Mayweather vs Logan Paul live stream?

Boxing fans can watch the Floyd Mayweather vs Logan Paul live coverage Showtime pay-per-view for $49.95 in the United States. Showtime.com and Fanmio.com. are streaming partner of the PPV event in the US.

In the United Kingdom, Sky Sports Box Office is showing the fight for £16.95.