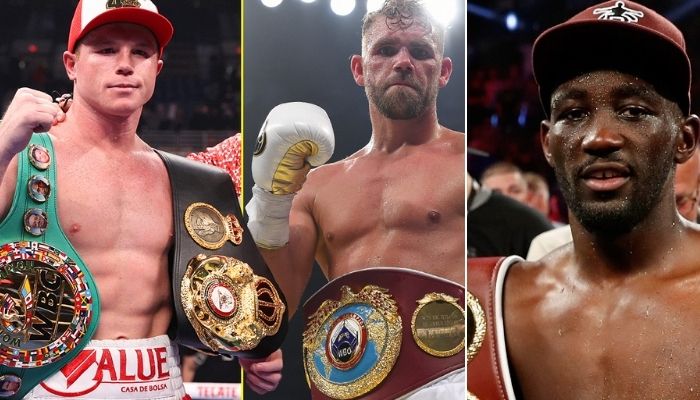 Boxing is one of the most brutal sports in the world. One needs to be courageous to enter the ring and fight. Over the period of time, many veterans have stepped in the ring and left their mark. But, here we are, focusing on the present. In this article, we have accumulated the top 10 famous boxers in the world right now. The pugilists are ranked based on their performance and fame.

He competes in the super lightweight category. Josh Taylor is the WBA and IBF world champion. Currently, he is also the holder of the Ring magazine belt. Taylor has a professional record of 17-0, out of which he has won 13 matches by knockouts.

The Mexican international competes in Light flyweight, Flyweight and Super flyweight. He is the holder of The Ring super flyweight title and WBA (Super) title. With 42 wins and 3 losses, Juan is the 9th most famous boxer in the world.

The 31-year American boxer competes in the Welterweight division. He is IBF and WBC world champion. Spence has a knockout ratio of 78%. The American has won all his 27 professional fights (21 by knockouts).

With 15 wins in 17 fights, Vasyl Lomachenko is ranked 8th by ESPN. After a successful amateur boxing career, he made his professional boxing debut in 2014. He has competed in Featherweight, Super featherweight and Lightweight. Vasyl has defeated some of the greatest boxers such as  Nicholas Walters, Russel Jr etc.

Lopez is currently the WBA, WBO, and WBC franchise champion. The 23-year-old American professional boxer has attained huge success in a short span. The lightweight is ranked as the world’s best active lightweight by The Ring and ESPN.

The Japanese international is a world champion in three divisions. He has held the WBA (Super), IBF, and Ring magazine titles since 2019. Inoue is known for his punching power and body shots. Naoya has an impressive professional record of 21 fights and 0 losses.

The 33-year-old American professional boxer has won the world title in three divisions -Lightweight, Light welterweight and Welterweight. He can switch from orthodox to southpaw in quick succession. The American has not tasted defeat in his career. He has won all his 37 fights.

Right now, Canelo Alvarez is one of the most famous boxers in the world. The 33-year-old Mexican professional boxer has won the world title in four weight classes, from light-middleweight to light heavyweight. Alvarez has WBA (Super), WBC, WBO and Ring magazine titles. Canelo has a professional record of 56-2-1.