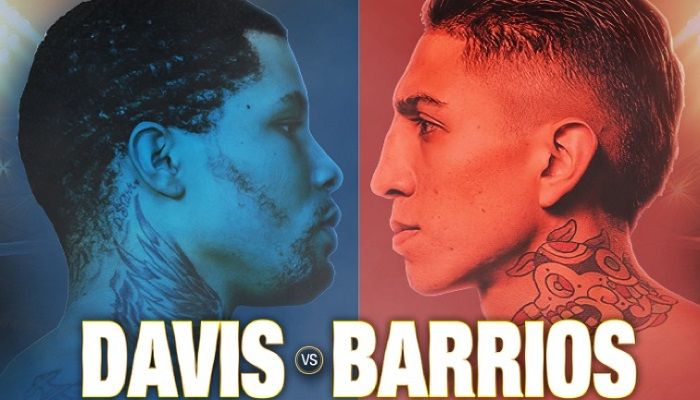 On the other hand, Mario Barrios has held the WBA (Regular) super lightweight title since 2019. This will be Barrios second title defence. Earlier, he defeated Ryan Karl to retain the title. Here are all the details about Gervonta Davis vs Mario Barrios fight.

Here’s everything you need to know about the Gervonta Davis vs Mario Barrios boxing fight, including the Davis vs Barrios start time, PPV price, location, betting odds and how to watch the boxing match.

When is the Gervonta Davis vs Mario Barrios fight?

Where is Davis vs Barrios fight taking place?

The location of the Gervonta Davis vs Mario Barrios boxing card is State Farm Arena in Atlanta, Georgia, USA.

How to watch Gervonta Davis vs Mario Barrios live stream?

The boxing fans can watch the live-action of the Davis vs Barrios fight on SHOWTIME PPV. However, it must be noted that SHOWTIME is available only for the United States of America people.

Fans outside the USA can use VPN to watch the Gervonta Davis and Mario Barrios fight. We recommend using ExpressVPN, it is easy to use and works smoothly. You can download it on your mobile phone and tablets. Express VPN is available on android, ios and windows platform.

How much does Davis vs Barrios PPV cost?

The fight can be streamed on SHOWTIME PPV for $49.99 per month which can be purchased through the traditional cable and satellite services.

Davis has a height disadvantage, but his ability to knock out opponents for fun will play a crucial role in the fight. Barrois might be undefeated in his career, but in truth, till now, he has not been tested in his professional career. The upcoming fight is surely the biggest fight of his career.

Gervonta has previously won titles by defeating his opponent by TKO. He moved up to 135lbs division and shocked everyone with his victory against Yuriorkis Gamboa in the title fight.

So, Davis has experience of title fights, and he can handle the pressure perfectly, unlike Mario Barrios. Mario is quicker and likes to play aggressively, which can prove to be a perfect opportunity for Davis to win by Knockout.