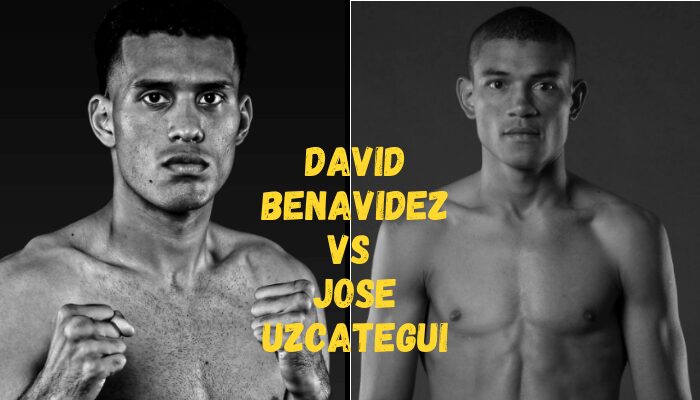 David Benavidez vs Jose Uzcategui Fight Date, Tickets, Stats, Odds, Where to Watch and Everything you need to know

Here’s all you need to know about the big fight between David Benavidez vs Jose Uzcategui including the PPV start time, PPV price, location, live streaming channels and betting odds.

When is David Benavidez vs Jose Uzcategui Fight?

David Benavidez vs Jose Uzcategui fight will take place on Saturday, 28th August 2022 at the Dignity Health Sports Park in Carson, California, USA. The timing of the fight between Benavidez vs Uzcategui is 7 p.m. ET / 4 p.m. PT.

How to Buy Benavidez vs Uzcategui Tickets?

The cheapest ticket for the David Benavidez and Jose Uzcategui fight is $115.00 per ticket. The average price of the ticket is around $175.00. People can buy the tickets from Barry’s Ticket Service.

They can also visit its official website. Fans can get entry into the arena through digital tickets, they don’t need to print the tickets.

Benavidez vs Uzcategui: How to watch via TV and live stream

The live telecast of David Benavidez vs Jose Uzcategui bout will be available on Showtime. In order to watch the live-action without any interruption, fans need to buy a subscription to Showtime. One can also enjoy the 30 days trial version of Showtime.

The American has fought 24 fights in his career. Out of 24 fights, he has won 21 fights by knockout and three fights by decision. He would be looking to keep his unbeaten record against Jose Uzcategui.

The Venezuelan boxer has stepped in the right 34 times in his professional career. He has won 30 fights and lost four. 25 of his 30 wins have been knockout wins. Jose has lost all four of his fights by the decision; he has never been knocked out in the ring.

David Benavidez and Jose Uzcategui both are excellent fighters and have proved themselves at the biggest stages. The fight would be an entertaining one. However, as per experts opinion, David Benavidez has the upper hand and is the probable winner of the fight.