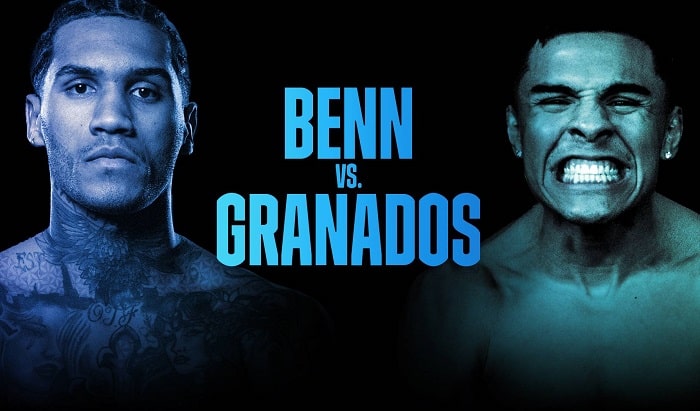 Conor Benn vs Adrian Granados Date, Tickets, Stats, Odds, Where to Watch and Everything you need to know

Boxing promoter Matchroom boxing is back with its second edition of fight camp. The main event feature Conor Benn vs Adrian Granados fight. Conor will move one division up to fight Granados. The British international Conor Benn is one of the promising young talents in boxing. In his last fight, he defeated Samuel Vargas by a first-round knockout.

Benn is undefeated in his career, but Adrian Granados will be his toughest test. The American is a veteran in the field. Conor will be defending his WBA Continental welterweight title against Granados.

Here’s all you need to know about the big fight between Conor Benn vs Adrian Granados, including the PPV start time, PPV price, location, live streaming channels and betting odds.

When is Conor Benn vs Adrian Granados Fight?

Benn vs Granados’ fight will take place at The Matchroom Sports HQ in Brentwood, Essex.

How to Buy Benn vs Granados Tickets?

At present, no information has been released by the officials regarding the ticket. You can revisit this page to check the ticket price and guide to buy Conor Benn vs Adrian Granados tickets.

READ: David Benavidez vs Jose Uzcategui Fight Date, Tickets, Stats, Odds, Where to Watch and Everything you need to know

The 25-year-old pugilist has not faced defeat in his career. He has won all his 18 bouts, out of which 12 by knockout.

The American is more experienced amongst the two. He has entered the right 33 times, emerged victorious 21 times, and faced 8 defeats in his career.

How to Watch Benn vs Granados Live Streaming?

The live streaming of the fight will be available on DAZN. Fans in the USA and UK can watch the live-action of DAZN and DAZN Global, respectively.