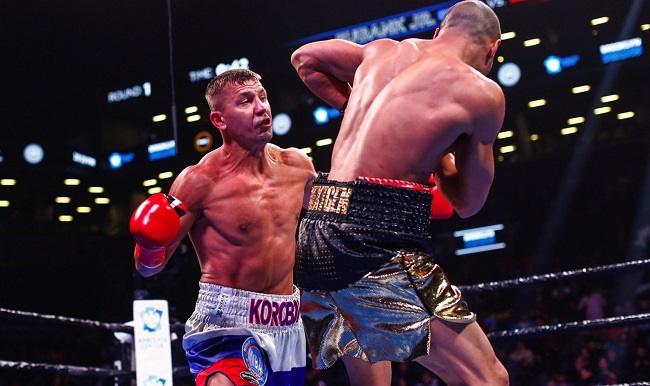 Chris Colbert Vs Jaime Arboleda: How to Watch Online or on TV

WBA Interim Super Featherweight Champion Chris Colbert will face Jaime Arboleda on 12th December at the Mohegan Sun Arena, Uncasville, Connecticut, United States. The fight will be a 12 round match and Colbert will be defending his title. If you don’t want to miss the fight then follow our guide to watch Chris Colbert vs Jaime Arboleda live streaming online for free.

Chris Colbert is an undefeated super featherweight champion from Brooklyn will defend his interim title against Panamanian Jaime Arboleda who has just lost once in his career in a matchup of top-5 ranked fighters. Colbert is ranked No. 1 by the WBA in the featherweight division while Arboleda is ranked 3rd. Chris Colbert Vs Jaime Arboleda date, time, venue, and broadcasters for the event.

Chris Colbert Vs Jaime Arboleda’s bout which was earlier supposed to be held on 28th November 2022, then got postponed to 12th December and the match will start between 6 pm to 9 pm at the Mohegan Sun Arena, Uncasville, Connecticut, United States. The match will be played behind closed doors.

Online fans can catch the Chris Colbert vs Jaime Arboleda Live Streaming on Premier Player which cost £9.99 a month or £99 for a 12-month for the subscription.

While the viewers around the world would still have to wait a bit to see which broadcaster will telecast the bout in their country. But as of now, there is no broadcaster for the bout.

Colbert Vs Arboleda Records and Statistics

Chris Colbert is 24 years old hailing from Brooklyn, New York City, New York, U.S. He has held the WBA interim super featherweight title since January 2022. The American is undefeated in his career as he has fought 14 matches out of 14.

Jaime Arboleda is 26 years old and hails from Curunda, Panama. The player has fought 16 bouts and has just lost once and won 15 out of his 16 bouts.

Both the players will face each other for the first time in their careers and looking at their bout records, the match will be a nail-biting thriller and something not to miss.