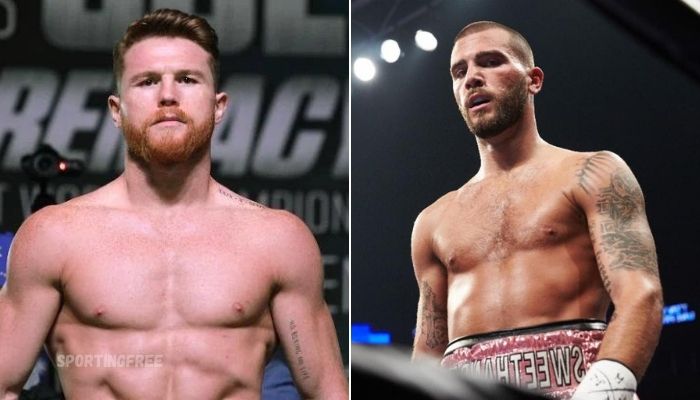 Canelo Alvarez is the current super-middleweight WBC, WBA and WBO world champion. Alvarez will be defending his titles against Caleb Plant. Plant IBF title will also be at stake. In the super lightweight division, the fight winner will become the first-ever undisputed world champion (168 pounds).

With four titles at stake, the fight will be a hell of an encounter, and one can afford to miss the fight. Here is everything you need to know about the Canelo Alvarez vs Caleb Plant fight including the start time, price and betting odds.

When is Canelo Alvarez vs Caleb Plant?

The fight between Canelo Alvarez and Caleb Plant will take place on Saturday 6th November 2023. The timing of the fight is yet to be announced by the authorities. The fight will be taking place somewhere in Las Vegas, Nevada.

What is the Canelo Alvarez vs Caleb Plant PPV price ?

The fight between Canelo Alvarez vs Caleb Plant can be streamed on DAZN and the subscription will cost $19.99 per month and $99.99 for the year. The UK fans can watch the fight on PPV at a price of £24.95.

As per the sky sports odds, Canelo is currently the favourite to win the contest at 1/10, whilst Plant is 11/2. The odds for a draw currently stand at 25/1.

Where to buy Canelo Alvarez vs Caleb Plant tickets?

The authorities have not released the information regarding the tickets of Canelo Alvarez vs Caleb Plant. This would be Alvarez’s first fight in Vegas since 2019. As per the reports, the fight will be taking place at MGM Grand. You can shortly return to this space to get all the information about tickets.

Canelo Vs Plant Live Stream: How to watch the fight

As per the reports, the fight between Canelo Alvarez and Caleb Plant will be live streamed on DAZN. However, it is not confirmed yet. The DAZN streaming service is available for £7.99 per month and was launched in the UK at the start of the year.

As of now, no fight has been announced under the card. In the coming days, fights are expected to be announced by the authorities. Revisit this page to get a full fight card.

Canelo Alvarez has the upper hand over Caleb Plant when it comes to experience. But, Caleb Plant has a perfect record in professional boxing, and Alvarez has faced one defeat in his career. The fight would be an interesting encounter with neck to neck competition.