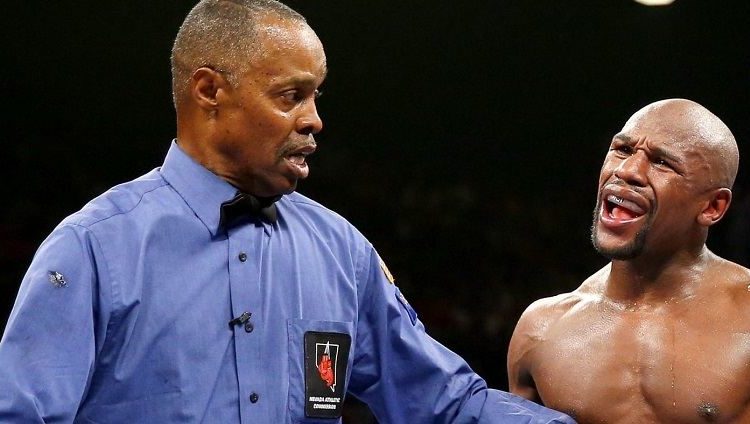 How much do boxing judges make? How much does a boxing referee get? Who is the highest-paid boxing referee? Here are the Boxing Referees & Judges salaries for high profile fights.

Pay Per View is shortly known as PPV is a type of Subscription that a viewer pays for the Main Event to watch the desired Programme. Usually, PPV Subscription is conducted for huge main event matches for which the audiences across the globe are especially waiting to watch.

In the United States of America the Nevada commission who assign referee and judges for fights taking place in Las Vegas, Nevada boxing commission also set the pay scale for the referee salaries.

The average Salary of a Referee in a normal boxing match starts from $500 per match and can reach $25,000 for the PPV Matches.

As per the Bureau of Labor Statistics, the average yearly income of boxing referees and judges is around about $25,000 a year but some of the high profile referees like Joe Cortez and Kenny Bayless can make around $350,000 a year because they usually officiate main events of big PPV events.

A simple fight can bring $2,000 in the account of a referee, but when the fight is big and its main event PPV then the alary of the referee gets increased.

Such as Kenny Bayless the man who is the official during the match between Pacquiao vs Mayweather earn $25,000 from the fight whatever the result is. A referee can earn up to $350,000 annually if he is selected for the main card title fights and high profile non-title fights.

These are the high profile boxing referees match fees where they earn around $350,000 while the average boxing judge earns around $25,000 to $100,000 annually for the fights.

Judges duties are totally different from the boxing official referees. Judges have to find out how many punches were thrown by both boxers. They will count the average of boxing punches and then later if there is no knockout take place the decision will be made on the judges boxing punches average table and points.

The Nevada boxing commission set the pay scale of the Referee and Judges to pay out for the World Record Box Office Collection Match between Manny Pacquiao and Floyd Mayweather. This Fight broke the $150 million world record collection in US pay-per-view revenue generated by Mayweather versus Canelo Alvarez in 2013 and earned three times than the Mayweather and Alvarez Match.

The Pacquiao vs Mayweather PPV event generated $400 million in the history of worldwide subscription receipts. Kenny Bayless who was the Referee of this main Event of  Mayweather vs Pacquiao took home $10,000 while the judges in this Main event earned $8,000 (per Judges).

Boxing Referees and Judges salaries mostly remain the same for the upcoming boxing fights and if there will be any major changes then here it will get updated.