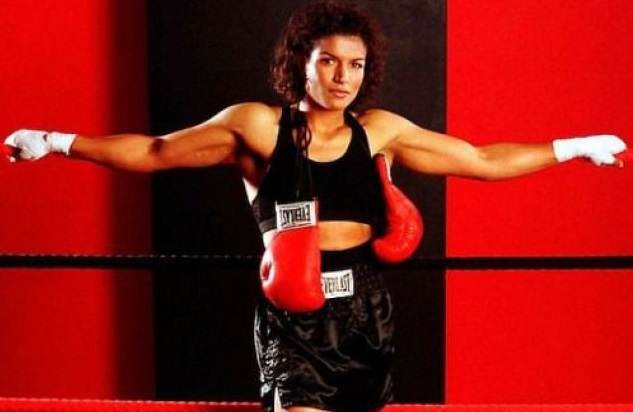 Best Female Boxers Of All Time: Boxing is also known as Pugilism, and females have been a part of boxing since the 18th century, but still, there are certain countries where boxing is banned for women’s and certain countries refusing to sanction women to compete.

In fact, the Olympics recognized women’s boxing in 2012 that is around 150 years after its inception. But still, some of the best women boxers have fought their way in society and rose to higher ranks.

Here’s the list of top 10 best female Boxers in the history.

Mia St. John is known as the ‘Knockout’, Mia comes from the United States Of America and used to fight in the Welterweight, lightweight, and featherweight division. She has won WBC super welterweight title, IBA, and IFBA lightweight champion. Her last bout came in 2016 but still regarded as one of the best female Boxers.

Christy Martin is famously known as the “Coal Miners daughter”. She is regarded as one of the best of games as she was the first female in the history of boxing to be inducted into the hall of fame. She hails from the United States and has won the vacant WBC Women’s Super Welterweight title. Martin retired in 2012.

Regina Halmich is widely regarded to be the first woman to spread boxing in Europe. She held all the titles in the Flyweight division which is the IBF (light flyweight, flyweight, and super flyweight). The most interesting fact is she retired in 2007 as the champion and holder of these titles and retained them for 12 years as she lost just once in her professional career.

Amanda Serrano hails from Puerto Rico and fights in the featherweight division. She presently holds the WBC and WBO interim featherweight title since 2019. She was awarded the best female Boxers of the year in 2016 and 2018. She is the first Puerto Rican and female to win world titles in more than four weight classes.

Cecilia Braekhus comes from Norway and fights in the Welterweight division. She became the first woman in any weight class to hold all 4 WBA, WBC, WBO, IBF titles simultaneously. She won the undisputed title in 2014 and lost all the titles in her latest fight in August against Jessica McCaskill, also resulting in the only defeat of her career.

Katie Taylor comes from Ireland and she fights in the Lightweight division. She is currently the undisputed lightweight champion, which means she holds WBC, WBO, WBA, and IBF female lightweight simultaneously. She previously held the WBO junior welterweight title in 2013.

Claressa Shields was born in the United States Of America and she fights in the Middleweight division. She is voted as the best female boxer in 2022. The 25-year old is the undisputed female middleweight champion since 2019. Shields also hold the unified WBC and WBO female light middleweight title and the WBC and IBF female super middleweight titles.

Laila Ali is one of the greatest female boxers to grace the ring as her records speak for her. She retired in 2007 undefeated in the sport and having held the WBC, WIBA, IWBF, and IBA female super middleweight titles, and the IWBF light heavyweight title.

For those pondering on the surname, then yes she is the daughter of the greatest boxer ever, Mohammad Ali.

Anne Wolf is regarded by some as the best ever female boxer of all time as she held world titles in three different weight classes simultaneously. Her dominance in the Middleweight and the Heavyweight division is quite evident by the number of titles she has won in her reign. She retired in 2006.

Lucia Rijker is associated as the “World’s Most dangerous Women Boxer”. She is a famous kickboxing player and also the greatest female boxer as the world has never witnessed any ruthless boxer during her reign.

She left the ring undefeated, although the dutch has never won any titles, she is one of the 3 women to get inducted in the hall of fame.