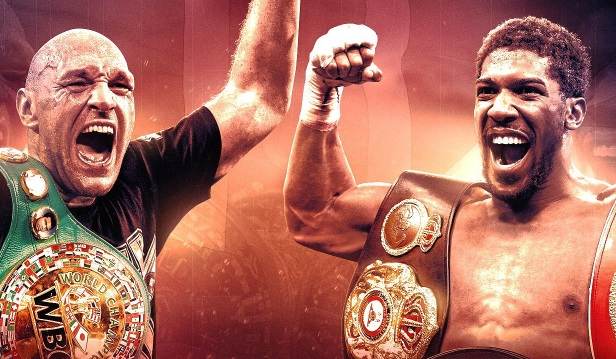 The Boxing world is eagerly anticipating a huge clash between Anthony Joshua and Tyson Fury. Amidst growing expectations, it was reported that Saudi Arabia is all set to pay a staggering £150MILLION to host Anthony Joshua vs Tyson Fury fight as the summer’s biggest heavyweight unification is scheduled to take place in July or August 2022.

The mega-unification clash is set to take place in Saudi Arabia if reports are to be believed. Furthermore, the whooping amount of the deal is likely to be completed within this weekend. It is hopeful everything will be settled this time.

Boxing fans had hoped that the all-Brit showdown would be held at Wembley as excitement continues to build for the fight. As the heat builds up between Anthony Joshua and Tyson Fury, the green light was given that negotiations of the bout happened.

However, The Athletic reported that the unification bout will be held in Riyadh, Saudi Arabia, in early August. The publication added that Saudi Arabia is willing to drop a staggering $150m to secure the rights for Joshua vs Fury. The Saudis look keen to get it done which will change the venue from Wembley.

It won’t matter much as long as the fight is confirmed to take place. Talking about the deal, it would eclipse the $60m-plus fee that the country splashed out on the 2019 rematch between Joshua and Andy Ruiz Jr in Diriyah. Such sums mean Saudi Arabia is next to certain to gain the upper hand to host this battle.

Aside from the financial positivity, there is a real debate about scheduling the fight. Most of them are concerned about the time it will take to host such a spectacular fight. As a case, preparations are due to be hesty and that might ruin everything.

Fury’s co-promoter Bob Arum has already made claims of uncertainty and plunged the mega-fight in doubt. He told a date in July or August is “dead in the water.” By his words, it is clear the fight is less likely to take place this year.

Arum even suggested that the epic fight might not even take place until 2022. This is also the fact the Brit superstars might face other opponents in the summer. Even at the time when the negotiations for the fight in the Middle East is channelling and need a conclusion.

One thing is certain that this fight will be difficult to pull off within this year. If Bob Arum’s concern is true, we won’t be able to eagerly anticipated a fight to take place in the said months. So, the wait goes on. Till then Anthony Joshua and Tyson Fury can throw cheeky digs at one another.