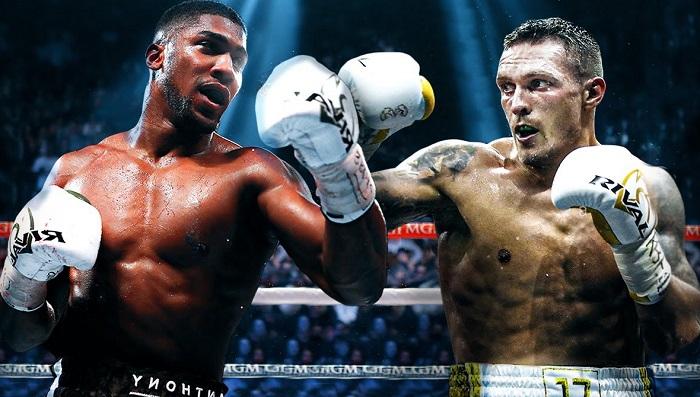 The heavyweight boxer Anthony Joshua is all set to be in action against Oleksandr Usyk in September 2023, while the exact fight date is yet to be revealed. Previously, Joshua was scheduled to take Tyson Fury in Saudi Arabia on August 14 for the title fight. But, Fury was ordered to fight against Deontay Wilder after the latter won the court hearing.

Here’s everything you need to know about the Anthony Joshua vs Oleksandr Usyk boxing fight, including the Joshua vs Usyk start time, PPV price, location, betting odds and how to watch the AJ’s boxing fight.

When is the Anthony Joshua vs Oleksandr Usyk fight?

Eddie Hearn, Anthony Joshua promoter, confirmed that the WBA, WBO, and IBF heavyweight champion would defend his title in autumn this year. After the fight got cancelled with Fury, Usky is the most prominent opponent for Anthony Joshua.

The exact time of Anthony Joshua and Oleksandr Usyk ring walks depends on the length of the other fights on the card.

Where is Joshua vs Usyk fight taking place?

How to watch Anthony Joshua vs Oleksandr Usyk live stream?

In the United States, Joshua vs Usyk fight will be broadcast live on DAZN. Fans can buy the subscription of DAZN for $19.99 per month, while the annual subscription cost around $99.99 per year.

READ: Fury vs Wilder 3 Live Stream: How to Watch Boxing

The fight between Anthony Joshua and Oleksandr Usyk will also be available on Sky Sports Box Office.

How much does Joshua vs Usyk PPV cost?

Anthony Joshua is definitely the favourite in the fight. Joshua is tall compared to Usyk, who is small. In terms of experience, Joshua is a veteran, whereas Usyk is very less experienced in the heavyweight division. But it would be a walk in the park for Anthony Joshua. It will be a test of his abilities.