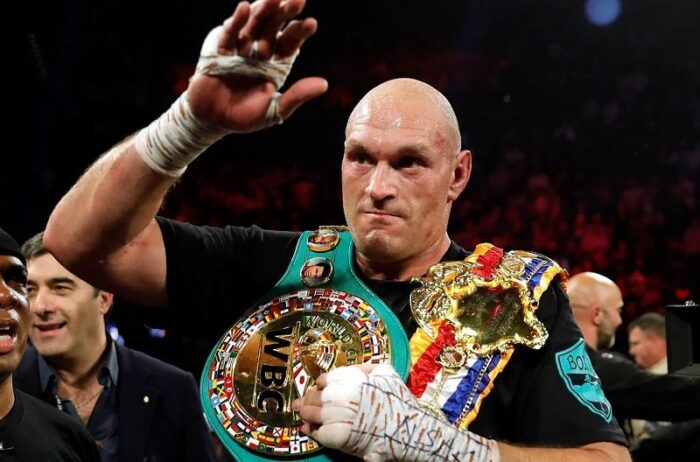 Anthony Joshua or Tyson Fury, who is the world’s best heavyweight boxer? The answer to the question was about to be answered with the fight between these two heavyweights but Wilder court’s victory put the stop to the fight. No dought, Fury is stronger compared to AJ especially after the victory over Deontay Wilder.

Fury undefeated Wilder humiliatingly in the rematch and dominated every round until he knocked out him in the 7th round of the fight. After the Fury vs Wilder 3 fight, the winner will fight Anthony Joshua to become the undisputed Heavyweight Champion of the World. Well, that would be the perfect answer, meanwhile we have ranked the top 10 best heavyweight fighters.

Boxing is one of the brutal sports and there are different weight divisions but its biggest charm is the heavyweight division. It features some of the talented pugilists and always remain unpredictable and exciting.

However, in recent years, the sport is dominated by some of the popular heavyweights including Fury, Joshua and Wilder. Let’s see the best heavyweight boxers in the world right now.

Joseph Parker won the WBO Heavyweight champion title after winning the then-vacant belt against Andy Ruiz Jr. He successfully defended his title twice against Hughie Fury. Joseph has a professional record of 27-2. His two defeats came against Anthony Joshua and Dillian Whyte.

After dominating the cruiserweight for five years, he joined the heavyweight division in 2019. Former cruiserweight champion won his heavyweight debut against Chazz Witherspoon. Usyk won the fight by a 7th round knockout. The Ukrainian has a professional record of 18-0.

He turned pro in 2017 only after a splendid amateur career. He won the silver medal at the 2016 Rio Olympics. Out of his 12 professional fights, he has won 11 by knockouts. Joe’s biggest win of the professional career so far came against Daniel Dubois.

Dillian Whyte might have lost the title bout against Anthony Joshua but he has a pretty successful career.

He has a professional record of 27-2 (18 wins by knockouts). In his career, he has earned some high profile wins against Dereck Chisora (twice), Robert Helenius, Lucas Browne, Joseph Parker and Oscar Rivas.

The American has two shots at the title. In his first WBO heavyweight title fight against Joseph Parker, he lost the majority decision. In 2019, he fought Anthony Joshua for the world champion title.

Andy ruined Joshua’s debut in America and won the fight by seventh-round knockout and won the title. However, Joshua won the rematch by unanimous decision.

However, he has earned victory against some quality opponents in his career. In his last fight against Dillian Whyte, he won the match by fifth-round knockout to register his biggest win of the career.

Out of his 41 wins in the heavyweight division, 41 has been knockouts win. He is one of the most powerful pugilists in the world. Deontay won the WBO heavyweight title in 2015 and successfully defended the title 9 times.

He faced Tyson Fury in the rematch in 2022 and faced his first defeat in the professional career and lost the WBO heavyweight title.

Anthony Joshua is the biggest star in the boxing fraternity. He has won IBO, WBA, IBF, WBO Heavyweight champion titles. With just one defeat in the professional career, he has won 24 fights and 22 by knockouts.

AJ only defeat is against Ruiz in the title fight. However, Joshua took revenue and defeated Ruiz in the rematch to reclaim the title.

Right now, Tyson Fury is the best heavyweight boxer and one of the greatest boxers of all time.

Tyson Fury has a topsy turvy career, after winning the undisputed heavyweight championship title in 2015, he was forced to take a break from boxing due to depression and drug abuse.

In 2019, he made his comeback and after two wins, got the title shot against Deontay Wilder. The match ended in a draw while in the rematch, Fury knockouted out the Wilder in the seventh round.