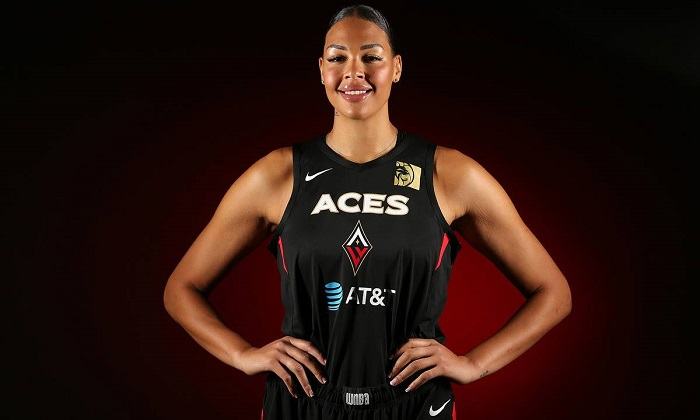 Basketball is said to be tall people’s sport, although it’s not 100% false, as tall people do get the advantage of their heights for those massive slam dunks. But when it comes to Women, how tall is good? And are there the tallest woman in the basketball? The answer is yes.

Women’s NBA (WNBA) has seen impressive tall women gracing the sport and also it became a more physical as NBA. For that purpose athletes are using different type of protection. For example teeth protection. More about this you can find on sportingsmiles.com.

Carolyn Moos is the 10th tallest woman Basketball player in WNBA history. She is a retired professional and played for Phoenix Mercury. She hails from the United States Of America and has a height of 6’6.

Sylvia is the 9th tallest female Basketball player although she and Carolyn share the same height of 6’6. Although the difference is that Sylvia is an active player playing for Minnesota Lynx. Sylvia Shaqueria Fowles also comes from the United States Of America.

Nicknamed the ” Big Girl” Wolters is tall as 6’7 making her the 8th tallest woman in WNBA. Wolters is a retired professional, who last played for Sacramento Monarchs. Wolters was inducted into the hall of fame in 2017.

Katheren also comes from the United States Of America just like other counterparts, moreover, she is the 7th tallest woman in WNBA, standing at 6’7.5 tall. Katharen last played for Chicago Sky and is currently serving as a coach for Liberty University.

Taylor is the 6th tallest female Basketball players in WNBA’s history. Her height is 6’8. Katharen played a few seasons in the NBA, however, her last WNBA team was Washington Mystics. Katharen was born in the United States but played for various nations in her professional career.

Brittney Griner is the 5th tallest woman sharing the same height as Lindsay Tayler, she stands 6’8 tall. Again the difference is that Brittney Griner is currently an active player, serving for Phoenix Mercury. Grinner was part of the gold-winning U.S.A squad in the 2016 Olympics.

Elizabeth also stands 6’8 tall but is considered the 4th tallest women player. She is the first non-American to feature on the list as she hails from Australia and is currently playing for Las Vegas Aces.

Maria Stepanova also is 6’8 tall but is regarded as the 3rd tallest female in the history of women’s basketball. She was born in Russia and won bronze in the 2008, 2012 Olympics. Stepanova is currently playing for Phoenix Mercury in the WNBA.

Zheng Haixia is a retired professional who comes from China. She is the 2nd tallest woman in history just by a margin of 0.5 inches as she stands 6’8.5 tall. Haixia only played for Los Angeles Sparks in her whole professional career.

Malgorzata Dydek is the tallest female Basketball players in the WNBA history as she is 7 feet, 2 inches tall, which is 3.5 inches taller than the 2nd tallest woman. Dydek is a retired professional and last played for Los Angeles Sparks.

She hails from Poland and has been honoured with She was awarded the Polish Gold Cross of Merit. Dydek was also inducted into the FIBA Hall of Fame in 2019.

For women players, they need to take care for their looks even if they are playing those rough sports. And sometimes that is the hardest part, So if you are playing sports you can considering a beauty procedure, make sure to talk to a specialist, like cosmeticinjectables about the right filler type for your needs.”