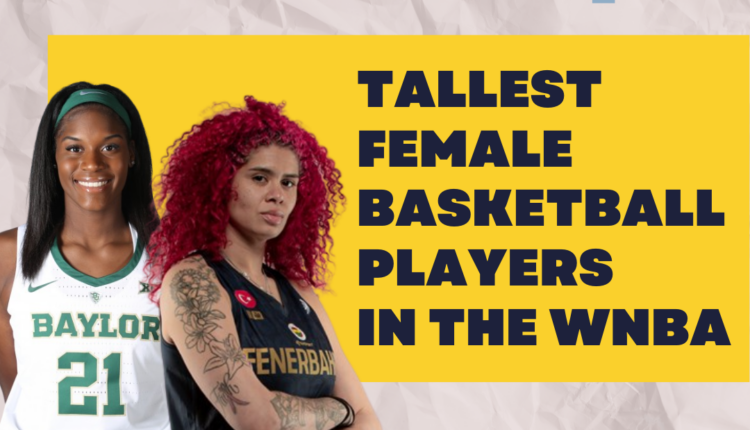 The Women’s National Basketball Association (WNBA) is undoubtedly one of the most prestigious female basketball competitions in the world, and with each year, the league’s popularity gets increasingly higher. Today, we will take a look at the tallest female basketball players in the WNBA.

This league has attracted some of the finest talents in female basketball across the world, and as such, it features some of the tallest ladies across the globe. In this article, we are going to list the tallest players in WNBA and provide you with bits of information about their careers and current whereabouts. We have a lot to cover, so let us start without a further redo.

Malgorzata Dydek was a professional female basketball player who was the tallest player in the history of the league. She was 7 feet 2 inches high, and she played for the Los Angeles Sparks of the WNBA.

She was one of the tallest athletes in the world and was drafted first in the 1998 WNBA draft by Utah Starzz, the franchise that was subsequently transferred to San Antonio. She played the center position for multiple teams and was inducted into the FIBA Hall of Fame in 2019. She died on May 27th, 2011. 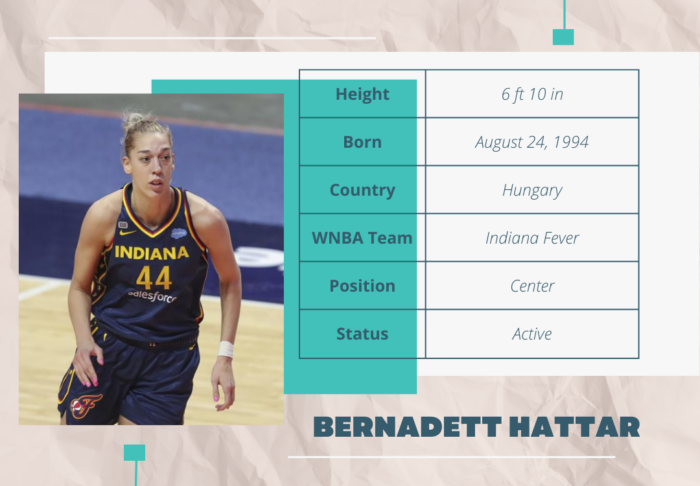 Bernadett Hattar is not just one of the tallest WNBA players today but in the history of the entire league. She was born on August 24, 1994, in Paszto, Hungary. Her talent is truly exceptional as she combines her strength with great speed for her size and frame.

She was originally signed by the Indiana Fever in 2020, but her contract was suspended, and she was forced to sit through the year. She made her WNBA debut in 2023 but only played in seven games before she suffered a season-ending injury. 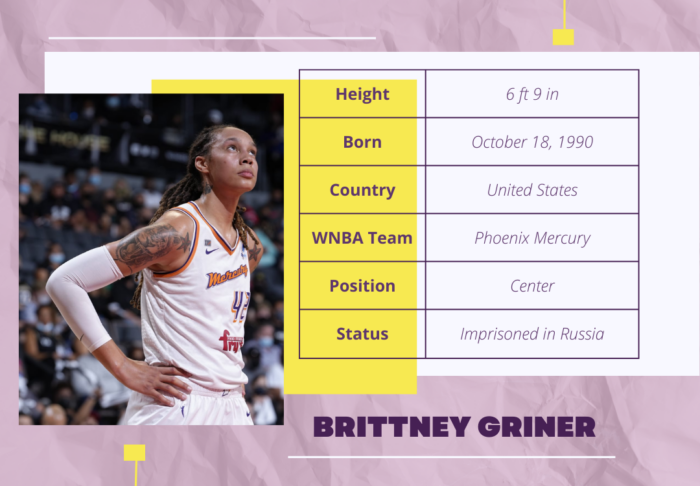 Brittney Griner is one of the most exciting and entertaining players WNBA has to offer nowadays. At 6 ft 9 in, she has been among the tallest WNBA players and is known for her dominant playstyle in the paint with her incredible size and frame.

She was originally picked by Phoenix Mercury in 2013, and since she entered the league, Griner has averaged 17.7 points, 7.6 rebounds, 1.8 assists, 0.5 steals, and 2.8 blocks per game throughout her career. She is currently detained in Russia after she was found guilty of attempting to smuggle illegal narcotics into the country and sentenced to nine years in a penal colony. 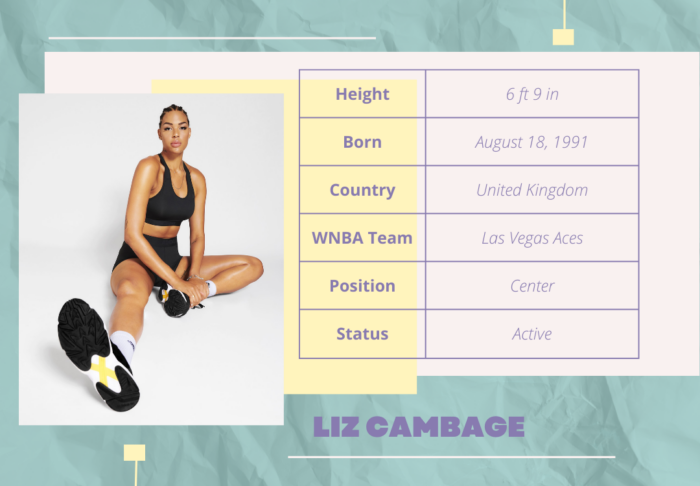 Liz Cambage had a weird entrance into the league, as she was drafted second overall by Tulsa Shock in 2011. However, she decided not to play for Tulsa, and although she had a productive rookie season with very nice numbers, she opted not to play for the team the following season.

Cambage decided to return to Tulsa in 2013 and had an exceptional season but signed to play in China. Eventually, she made another return to WNBA in 2018, when she had her best season so far when playing with Dallas Wings. She has played for the Las Vegas Aces ever since. 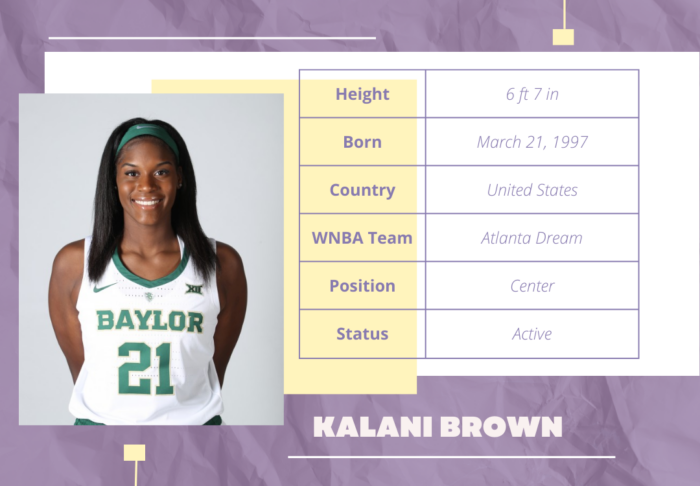 Kalani Brown is 6 feet 7 inches tall professional basketball player who has been drafted just four spots after Teaira McCowan. She was drafted seventh overall by the Los Angeles Sparks and spent her rookie season with this team.

However, she was later on traded to the Atlanta Dream for Brittney Sykes and Marie Gulich. This move did not go very well for Kalani as she played only in 11 games since the trade despite playing 28 games in the jersey of the Los Angeles Sparks. 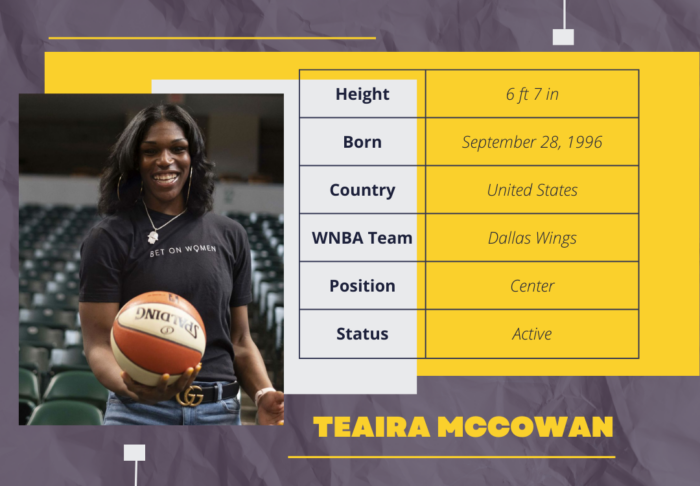 Teaira is number five on our list of the tallest female WNBA players at 6 feet and 7 inches in height. She was drafted by the Indiana Fever with the third overall pick in 2019 and has played for this team for the entirety of her career, rewarding them with strong play each season.

She has dramatically improved during her first season in the league, recording career highs in points, assists, rebounds, steals, blocks, field goal percentage, and minutes in 2023. Teaira will certainly continue to get better as she has improved in manipulating her opponents and utilizing her height as strength over the course of her career. 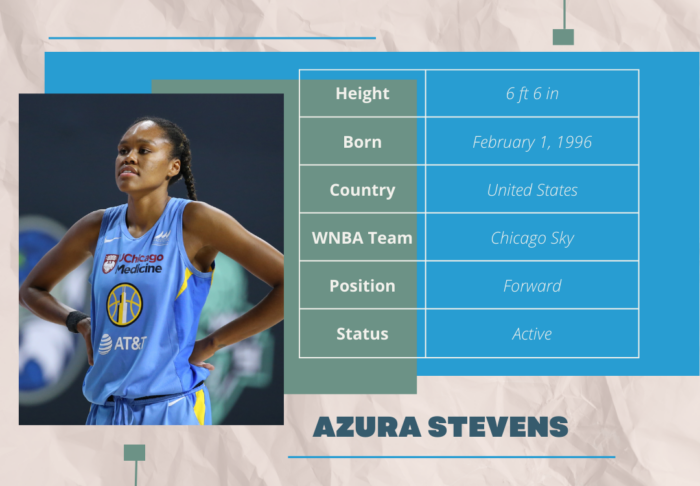 Back in the 2018 WNBA draft, Azura Stevens was picked sixth overall by Dallas Wings, and ever since then, she has played quality minutes coming from the bench throughout the first two seasons of her career. Before the season in 2020 started, she was traded to Chicago Sky, where she plays today.

In her first season as a player in the Chicago Sky, Azura posted career highs in points, rebounds, assists, blocks, steals, minutes, and field goal percentage. Although she played fewer minutes in 2023, she was still an important contributor to the team’s championship run that year. 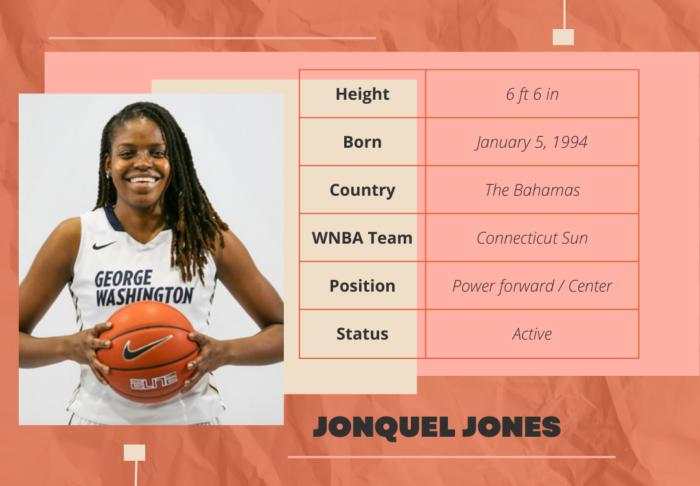 Jonquel Jones first came into the league when she was drafted sixth overall in 2016 by Connecticut Sun. She spent all years of her career so far on this team and has been improving over the course of years. Jonquel also emerged as the Sun’s top player after a strong 2023 season.

This was an important season for her, as she posted a career-high 19.4 points per game as well as got career highs in assists, steals, and minutes per game. Since she was improving time and time again, it would not come as a surprise if she went even harder in the upcoming 2023/2023 campaign. 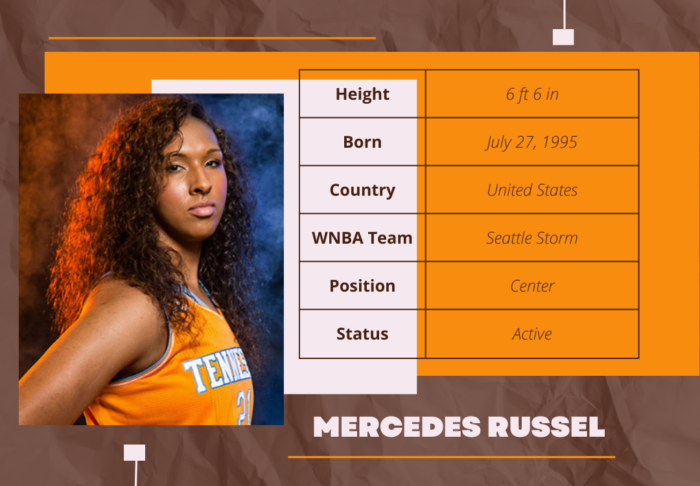 Originally drafted by the New York Liberty in the second round of the WNBA 2018 draft, Mercedes Russel was waived after playing only games for the team. Later on, she was picked up by Seattle Storm, the team which she helped win the WNBA Championship the same season.

Mercedes became the regular starter on this team, and she is a great complimentary piece to players like Sue Bird, Breanna Stewart, and Jewell Loyd, who are also the starters. Throughout the past several seasons, Russel averaged career highs in rebounds and assists and is one of the most important pieces of this Seattle team. 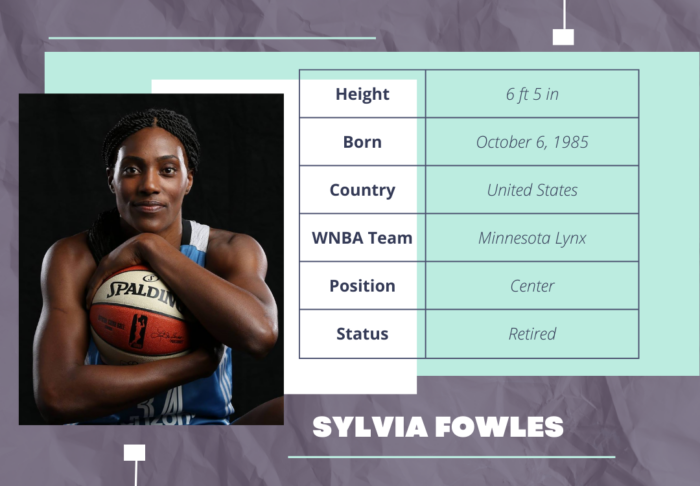 Sylvia Fowles was drafted in 2008 as the second overall pick, and ever since then, she has been one of the most dynamic players in the league, with her rebounding presence and scoring set of skills. She is famous for her strong play on both sides of the floor.

Fowles never averaged less than 10.5 points per game in her rich career in the WNBA, and she has averaged a double-double for seven seasons. Her career highs include 20 points per game in 2011, 11.9 boards in 2018, and 2.6 blocks in 2010. During her playing days, Fowles won 2 WNBA championships and teams she played for consistently had great odds to win it all across the sports betting sites listed at SportsbooksOnline.com. She has recently retired in 2023. 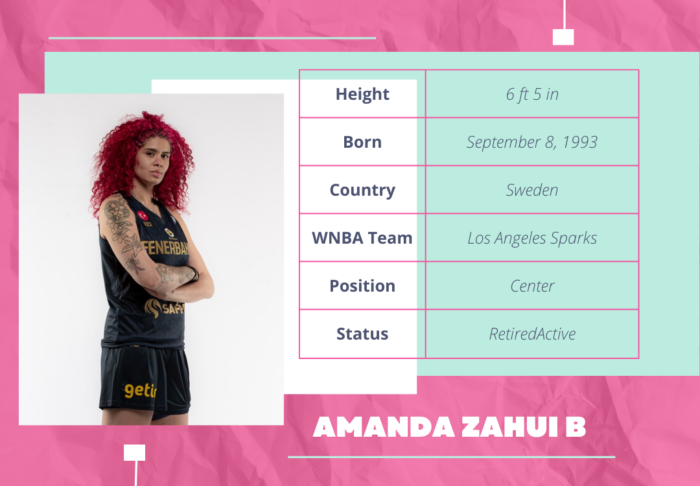 Amanda Zahui B is a Swedish player that was drafted second overall by the Tulsa Shock in the 2015 WNBA draft. Although she never quite managed to live up to the hype as a second overall pick, she did build herself to become a consistent player over the course of past seasons in the league.

Her numbers have improved over the course of her career as she posted career-high 9.2 points per game in 2023 for her Los Angeles Sparks. Although her rebounding numbers were lower than usual, she still managed to end the season with 5.1 boards and 1.2 blocks per game.

This includes our list of the ten tallest basketball players in the WNBA. We hope you enjoyed it and that you managed to get to know these players a bit better and maybe start following the league more often. We update our content regularly, so stay tuned for more WNBA content and eventual change to our list.