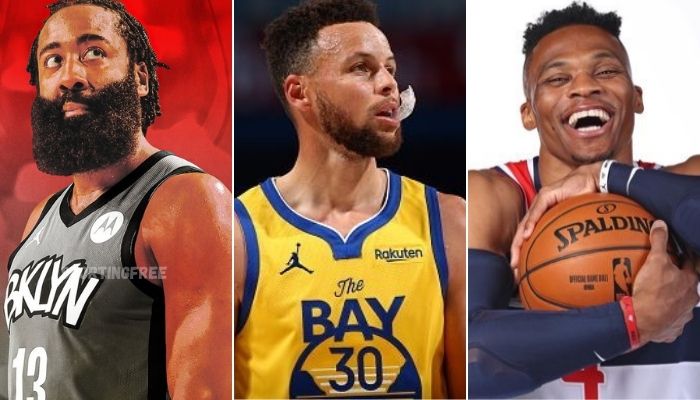 The NBA players are one of the most well-paid athletes in the world. The NBA is the pinnacle of basketball, and with such great exposure comes massive paychecks. The league attracts the best players and top talents from around the globe. The players are rewarded handsomely for their performances. Apart from this, they also gain global recognition, which helps them land multi-million dollar endorsement deal with corporations. Let us take a look at the top 10 richest active NBA players in 2022

Damian Lillard has been in the NBA with the Trailblazers since his Round 1 draft in 2012. He has gone on to establish himself as one of the most prominent names in the league. He also recently joined the Gatorades Bolt-24 lineup. Adidas also sponsors Lillard and, over the years, has garnered a net worth of $70 million.

Chris Paul was picked up in the 2005 draft by New Orleans Hornets. Since then, he has gone on to have a wildly successful career. It is no surprise to see the 11 times NBA All-Star feature on this list. He is also an intelligent investor recently investing in funds from Turner Impact Capital and making a personal investment in Beyond Meat. Damian Lillard has an estimated net worth of around $130 million.

Since making his debut in 2011, Irving has been one of the biggest names in the game. He is an NBA champion and seven-time NBA All-Star. His career has seen multiple multi-million dollar endorsement deals, including his shoe line with Nike. Over his career, Kyrie Irving has gone on to garner a net worth of $90 million.

Klay Thompson has often been named among the most excellent shooter in NBA history. The three-time NBA champion and five times NBA All-Star is one of the sports most recognizable figures. Although he promotes well-known brands such as Tissot, Mercedes-Benz, and Kaiser Permanente, his Chinese shoe partner Anta accounts for more than half of his off-court earnings. Thompson has a net worth of $50 million which makes him some of the richest NBA players.

One of the brightest stars in the NBA, Giannis has seen his stock rise at an astronomical pace. The two-time reigning MVP recently signed a five-year, $228 million deal—the richest in NBA history. He also has an agreement with Disney, which is set to make a movie on his life, and it is set to release in 2022. Giannis also has endorsement deals with Nike, Hulu and 2k sport and has accumulated a net worth of $70 million.

The 2018 NBA MVP and nine-time NBA All-Star are considered among the best shooting guards in NBA history. James Harden has been among the most significant names in the sport for a good part of the last decade. Apart from being one of the highest earners in the league, he also has endorsement deals with Adidas, Beats Electronics, BodyArmor, Stance Socks and State Farm Mutual Auto Insurance. Harden has an estimated net worth of around $145 million marks.

The 2017 NBA MVP, also nicknamed the triple-double machine, is no surprise one of the best-paid players in the league. Russel, a nine-time NBA All-Star, has an overwhelming bulk of his sponsorship income covered by Nike. He also has dealt with Jordan and Subway. Westbrook has a net worth of $170 Million.

The two time NBA champion and 11 times NBA All-Star is simply known by his initials KD. Due to endorsement deals with businesses like Foot Locker and Nike, Durant is one of the highest-paid basketball players in the world. Durant has a net worth of $200 Million.

Widely regarded as the most excellent shooter in NBA history, Curry has carved out a nice little spot on the NBA hall of fame. The three-time NBA champion, two-time NBA MVP, and seven-time NBA All-Star are endorsed by multiple multinational corporations such as Chase, Nissan Motor, Under Armour, Palm, and Rakuten. Currey is one of the wealthiest NBA players and has a net worth of $150 million.

Lebron James, nicknamed King James, is often the centre of the GOAT debate alongside Michael Jordan. The four-time NBA champion, four-time NBA MVP, and 17 times NBA All-Star is definitely the sport’s biggest star. His fame has seen him strike astronomical endorsement deals with companies likeAT&T, Beats, Blaze Pizza, GMC, Nike, PepsiCo, Rimowa and Walmart. James is the richest active NBA player in 2022 with an estimated net worth of around $500 million.