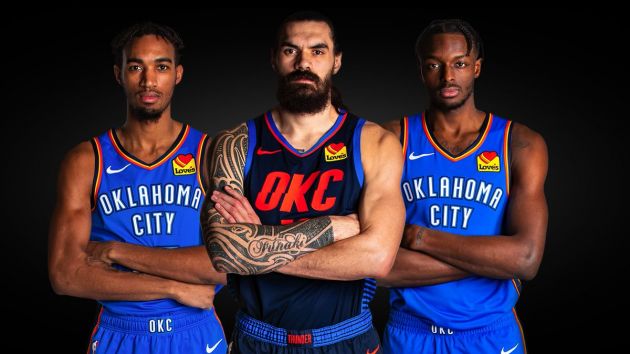 Most NBA fans reminisce about Oklahoma with the lineup of Kevin Durant, James Harden, Russel Westbrook and co. The one time NBA Champions are far from the squad they used to have in the early 2010s. The team currently has a payroll of $80million. The club is owned by George Kaiser, Clayton Bennett, Aubrey McClendon Estate, which they purchased in 2006. They are one of the most popular and valuable NBA clubs with a net worth of $1.57 billion. Thunder generate annual revenue of around $236 million and spend $123 million on Oklahoma City Thunder players salaries.

Kicking off our list is Gabriel Deck, who will make $3.5million in the NBA this year. The 26-year-old signed a four-year deal worth $14.5million. The NBA rookie has previously played in Spain with Real Madrid and back in his native Argentina.

Shai Gilgeous Alexander will make just under $5.5million for his efforts this year. The 23-year-old has already signed an extension with Thunder. His new deal is a five year deal with $172 million in base salary. The numbers could further rise to as much as $207 million if Gilgeous-Alexander makes the All NBA team. The 23-year-old has a bright future ahead of him.

Third on the list is NBA rookie Josh Giddey. He will make just under $6million in his rookie season with Thunder. The 18-year-old was the 6th overall pick in the 2022 draft. The Australian youngster is one of the hottest prospects to enter the NBA this year.

The second-highest earner at Thunder this year is Derrick Favors. He is set to make just under $10million this year. He also has a $10million player option for next season. The 3rd overall pick in the 2010 season has not seen his career reach the highs some would have predicted. Maybe this could be the season he kicks on?

The highest-paid Thunder’s player this season was set to be Kemba Walker. He is set to collect a paycheck of $26million. The four-time NBA all-star was Oklahoma’s, main man. He was waived by the franchise to join New York Knicks. He features on our list as a what could have been.