The question that every NBA fan is asking at the moment is whether the world-renowned Chicago Bulls are imposters or genuine NBA Championship contenders. So far, the Bulls’ record in the Eastern Conference might suggest that they are indeed title contenders, but there are a few mitigating factors that need to be considered before we crown this class of 2023 with any premature championship.

Are the Bulls on the charge or running out of steam?

Following the all-star break, the Bulls had a record of 39-23, which gave them second position in the Eastern Conference behind Miami Heat. This suggests that they’re able to keep pace with the table toppers and even lead the charge themselves. However, this is when you have to temper expectations a bit given that the Bulls had a record of 1-8 against the top four teams in the Eastern Conference as of the end of February. In fact, up until the beginning of March, the Bulls had beaten no team of elite standing during their entire campaign so far, which is naturally a worry considering there can be no NBA title in the early summer without beating the best teams in the league. Sooner or later, they will have to face the music as the regular season winds down before the playoffs begin.

This may be why the prices for the Eastern Conference found here at Oddschecker, in some instances, price the Bulls as high as +2000 to win the division. These odds tell a story of their own and lend weight to the theory that, when it counts, the Bulls will be found wanting against the better teams in the league. It’s ultimately a harsh summation given how well the team has performed until now, but then again, that is the story of their campaign so far. Encouragingly, however, the Bulls can change this narrative by upping their performances against the teams they have an inferior record against.

There is also promising news as far as omens go for the Bulls about the possibility of winning the Eastern Conference for the first time since 1998. If you were to look back at the year-by-year history of the Bulls over this time, then you will notice that when the team topped the division at the end of the regular season some 24 years ago, they eventually went on to win the NBA Championship.

This was, of course, the last season that this celebrated Bulls side enjoyed together before the dynasty broke up. The rest is history now that the Bulls have gone almost two and a half decades without winning any silverware.

Could history repeat itself?

Richest NBA Players in the World 2023 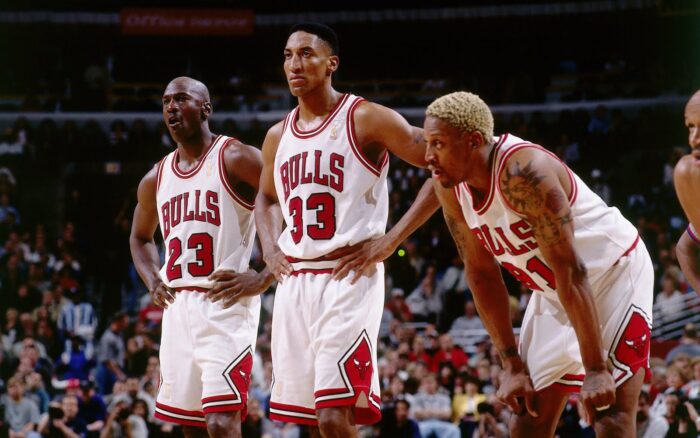 With history as it is, perhaps we can now ask what this tells us and what lessons we are able to draw from that phenomenal Chicago Bulls dynasty with regards to the team of 2023? For starters, we can conclude that when that NBA Championship-winning experience was abruptly taken away as the team was dismembered by then-general manager Jerry Krause, it was almost impossible for the Bulls to sustain their dominance. In short, this was down to the fact that the big match temperament and know-how regarding winning titles were suddenly gone. When push came to shove, the Bulls could no longer get over the line to win games when it really mattered as they had become accustomed to doing.

Winning is, after all, an ethos that is learned over time until it becomes embedded in the fabric of an organization. Alongside the Bulls, there are multiple examples around the world that back this up, take for example, the great team of Manchester United under Sir Alex Ferguson, Barcelona Football Club under Pep Guardiola, or even the Australian cricket side that won three World Cups in a row between 1999 and 2007. Basically, when that elite culture is finally created in a sports team, the rewards become extremely plentiful in the years that follow. Reaching that level, however, is an arduous process that is full of sacrifice and doesn’t just happen overnight.

As far as this current Bulls team of 2023 goes and how this applies to them, it feels as if they’re at the stage of manufacturing that ethos during this season which may explain why they are currently still unable to dominate the league’s best teams that have bullied them over the last two decades. There is clear evidence that this is changing, though, when you look at how quickly they’re evolving after being there for the beating in past seasons. The silver lining about teams that are not quite the finished article is that they will be soon.

If not now, then when?

It is, of course, an uncomfortable pill to swallow for Bulls fans and even sports enthusiasts who have taken to this famous franchise for one reason or another. The wait for silverware has been a long and painful one, but as much as your heart says that the Bulls could win the 2023 NBA Championship, your head says they’re not far enough along in their journey as a team to reach the summit of the NBA. It should be stressed that it won’t be for a want of trying and you can expect the Bulls to throw everything at the championship over the course of the next three months. They will be roared on from the most far-flung corners of the globe as fans stand witness to one of the all-time great sports teams waking from their 24-year slumber.

With this in mind, you can understand why there is such a global clamor around whether the Chicago Bulls are finally ready to break this curse. Of course, this prediction piece suggests they will just miss out before summer, but that doesn’t mean that the patient and long-suffering fans can’t dare to dream. After all, they are currently high-flying and on course to build a new dynasty thanks to a barnstorming season so far. The conclusion, in this case, has to be that they are a lot closer to title contenders than they are imposters and have their destiny in their own hands.