10 Best No.1 Overall NBA Draft Picks of All Time

The first NBA draft was held in 1947. A total of 73 players were drafted in the first NBA draft. Out of 73 players, 11 went on to win MVP awards and 18 are in the Naismith Basketball Hall of Fame. When it comes to the No.1 overall pick in the NBA draft, the fans expectations are always high. Fans expect some exceptional performances from them. Here is the list of top 10 best no.1 overall NBA draft picks of all time.

He was picked by the New Orleans Hornets in 2012. Since his NBA debut, he is averaging 24.0 points, 10.4 rebounds, 2.4 blocks and 1.4 steals per season. During the course, he played 7 times for the NBA all-star team and made 4 all NBA teams. Davis won his first NBA championship with the LA Lakers in 2019.

He was picked by the Minneapolis Lakers in 1958. Baylor is one of the most underrated players in NBA history. In his 14 years professional career, he averaged 27.4 points, 13.5 rebounds and 4.3 assists. Furthermore, he played in 11 all-star games and won all-star game MVP. Elgin holds the NBA record for the most points in a single NBA Finals game (61), making him the only player to score 60 points in a regular-season game and an NBA Finals game.

In the 1960 NBA draft, Robertson was the overall no.1 pick. In his first 6 seasons in the NBA, he averaged 30.3 points, 10.6 assists and 10.4 rebounds. Oscar is the all time leader in career triple doubles (181). Robertson has been part of 12 All-Star games and won All-Star MVP thrice. He won the NBA championship with the Milwaukee Bucks in 1971.

The San Antonio Spurs picked David Robinson in the 1987 NBA draft. He made his NBA debut in 1989. Robinson won the NBA MVP in the 1994-’95 season, before that he also won the Defensive Player of the Year award in ’92. David won 2 NBA championships in his career. He is the just the fourth player in NBA history to record a quadruple-double.

He is the most known player in the modern era of the NBA. Shaquille was the overall no.1 pick in the NBA draft of 1992. He was picked by the Los Angeles Lakers. His career accolades include four NBA Championships, three Finals MVPs, an NBA MVP, 15 All-Star appearances, 14 All-NBA appearances and three All-Defensive appearances. Shaquille is the one of the three players to win the All-Star MVP, regular season MVP and Finals MVP all in the same season.

Hakeem was picked by the Houston Rockets in 1984. He is the only player in NBA history to rank in the top 10 in career steals (ninth) and blocks (all-time leader). In the 1993-94, he won Defensive Player of the Year, MVP and Finals MVP award and became the first player to do so. Olajuwon won two NBA championships.

Magic Johnson was the overall no.1 pick in the NBA draft of 1979. The Los Angeles Lakers picked him. He helped the LA Lakers win the NBA championship in his rookie season. Moreover, he won the NBA finals MVP award. In his 13 seasons in the NBA, Magic Johnson won five NBA championships. Furthermore, he made three Finals MVPs, three NBA MVPs, two All-Star MVPs, 12 All-Star appearances and 10 All-NBA appearances.

Lebron James is one of the dominant players in the NBA. He currently plays for the Los Angeles Lakers. In the year 2003 he was picked by the Cleveland Cavaliers. James has won four NBA championships, four Finals MVPs, four NBA MVPs, and three All-Star MVPs. If he continues to dominate then he could end up as the greatest NBA player of all time. 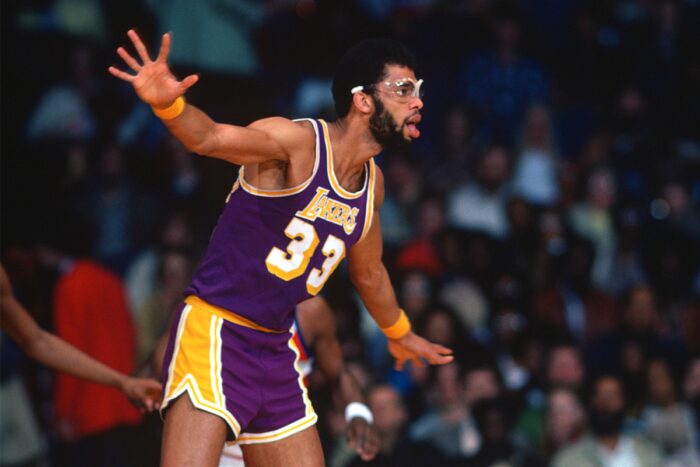