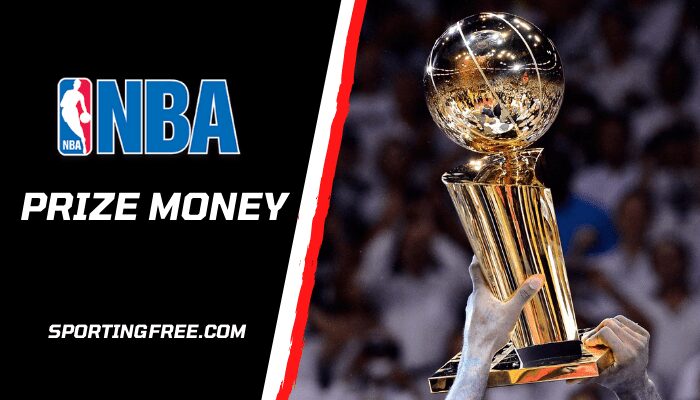 NBA Prize Money 2021: How Much Money Do NBA Winners Get Paid?

NBA 2020-21 Season is reaching its conclusion as the two finalists are announced. Phoenix Suns will play Milwaukee Bucks in a best of seven series of NBA final. The winner will be the new NBA champion. Every year National Basketball Association make the pool and this time too, NBA prize money is there of about $22 million.

NBA is one of the richest sports and NBA winners have many advantages of winning the championship. Other than fame and following, the champion team also gets extra money.

How Much Money Do NBA Final 2021 Winners Get Paid?

NBA is a lucrative sport and teams and players earn tons of money by playing basketball every season. But unlike other professional sports, NBA does not have a fixed amount of Prize Money set out for the winners. Instead, NBA draws a Winner’s purse which is included in the Prize Pool. The players get a bonus fee if they qualify for the playoff.

NBA collects a prize money pool for all playoff teams and then the amount is distributed between the teams. The Players pool is Split up amongst the final 16 teams. The player’s pot for the 2019/20 season was $22 million. According to reports, the NBA prize money for the 2020-21 season would be around $25 million. Here is the Pool Money breakdown of the last season.

Following the last season breakdown of the prize pool and assuming the pool increase to $25 million. The winners of NBA finals 2021 could pocket around $4.1 million and $270,000 per player.

The prize money is just a small chuck when we compared to NBA players’ salaries but still high compared to the NFL final where the winners of the Super Bowl get paid quite less, around $150,000.

Which team has won the most NBA Championship titles?

Minneapolis, L.A. Lakers and Boston Celtics are the three teams who have won NBA 17 times each.

L.A. Lakers are the defending champion after winning the 2019/20 NBA season.