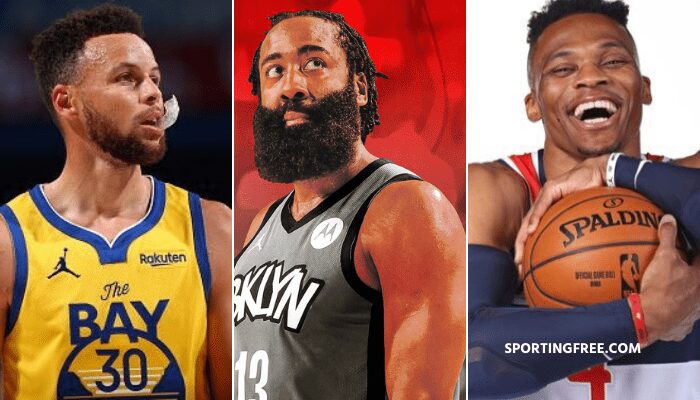 The National Basketball Association (NBA) is world-renowned and generates millions of views every year. Its popularity is not restricted to the United States of America; rather, it has turned into a global event. One of the popular things about the NBA is that the players playing in the league gain popularity and earn massive money. NBA player salaries have significantly increased in recent years, and more than 20 players make over $30 million a year.

The Golden State Warriors point guard Stephen Curry is one of the best players the NBA has ever produced. His ability to hit three points anywhere in the courts provides him with the edge over others. Stephen Curry has the highest salary amongst players in NBA 2022.

He earns $34.4 million through his salary. However, when it comes to total earnings, he is the second-highest. The two-time most valuable player award winner, Stephen Curry, is the highest-paid NBA player in 2022 with a whopping salary of $43 million.

At the number two spot in NBA 2022 highest paid players list is three-pointers expert Russell Westbrook. He represents the Washington Wizards in the NBA. Westbrook earns $41.3 million every season. Russell also has signed a deal with Nike because and as per the deal; he earns $25 million through endorsements.

The Brooklyn Nets shooting guard James Harden is one of the highest-paid players in NBA 2022. He joined the Brooklyn Nets in 2022 only. As per his contract with the Nets, he earns $41.2 million every year. Apart from this, he earns $17 million through endorsements.

Kevin Durant is one of the famous personalities in the NBA. He plays as a small forward for the Brooklyn Nets. Durant is the third highest-paid athlete in NBA 2022. According to his contract, the Brooklyn Nets pay him a salary of $40 million for each season. Kevin’s income also comes through multiple endorsements done by him. Furthermore, he also makes investments. His total earning is $65.2 million.

It is not surprising to see King James in the list of top of highest Paid NBA players in the world. LeBron James plays for the LA Lakers. He has the highest number of endorsements in the NBA. Moreover, he has a stake in a famous Premier League club, Liverpool.

The LA Lakers pay LeBron James $39.2 million as his salary. The rest of his earnings are from investments and endorsements. He has signed the biggest deal with Nike. James gets paid $30 million by Nike every year. All these earning makes him the highest-earning NBA player in the world right now.

Mason Plumlee, the lowest-paid NBA player, plays the forward and center position for the Detroit Pistons in the 2021-22 NBA season. He gets a guaranteed salary of $8 million.