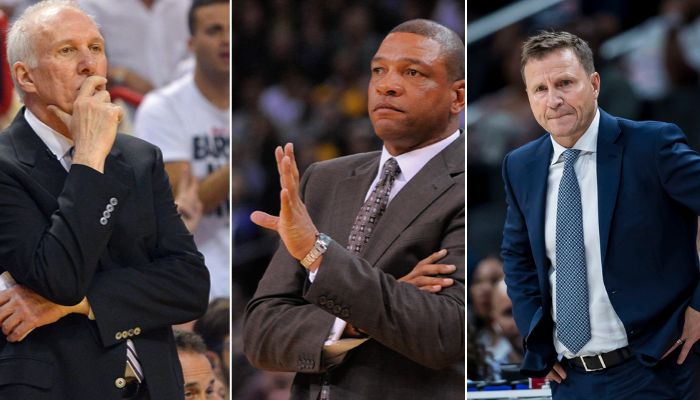 NBA Coach Salary: Who is the highest paid NBA coach in 2023? The average NBA head coach salary is $3 Million per year.

Although compared to players, it is not even close. But, still, NBA coaches earn a decent amount of money. Here are the top highest paid NBA coach salaries for 2023 and the average salary earned by NBA head coach.

What is the Average NBA Coach’s Salary?

As per the reports, the average salary of an NBA coach is approximately $3 million. In a season, 82 games are played by each team.

NBA coach salaries are based on the coach’s popularity, market value, and how much club management wants to spend on getting their service. Here’s the list of some of the top-earning coaches in the NBA.

He is one of the most successful coaches in the NBA. Gregg took charge of Spurs in 1996, and he is still going strong. San Antonio Spurs have won 5 NBA titles under his guidance. Popovich became the highest-paid coach in the NBA when he signed the 3-year contract with the San Antonio Spurs worth around $33 million.

Rivers joined the LA Clippers in 2013. He is known for his tactical plays. Under his leadership, the LA Clippers have won numerous National Basketball Association (NBA) titles. His annual salary is $8 million.

Scott Brooks is not only an excellent coach, but he was equally good as a player. He was named NBA coach of the season in 2009-10 when he led the Oklahoma City Thunder to 50 wins in a season. Presently he manages the Washington Wizards earning $7 million annually.

Donovan has managed multiple teams during his managerial career. The teams he managed are Orlando Magic and Oklahoma City Thunder. Billy is the current manager of the Chicago Bulls. He signed for Chicago Bulls in 2023.

Donovan has also managed the United States of America national basketball team thrice. The Chicago Bulls’ coach salary is $6 million per year based on his NBA contract.