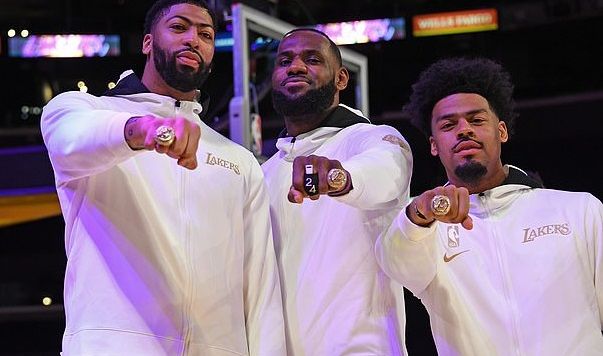 NBA Championship Ring Cost 2022: How Much are the NBA Rings Worth?

What is the NBA Championship Ring?

Championship rings are also known as the Premiership ring. It is presented to the members of the winning team of the NBA. The rings are awarded to the staff members as well.

The tradition started back in 1947. Since then, every season, the champions of the NBA are awarded the championship ring. It must be noted that the winning team does not get a medal in the NBA.

What is it Made of and Who Made NBA Ring?

The ring includes the name of the team that won the National Basketball Association (NBA) championship and also year. Since rings are awarded to each player and staff members of the team, each ring has a player name on it.

Since 2009, almost every ring has been designed and created by Jason Arasheben. He is one of the most powerful jewellers in the USA. His celebrity client list includes Justin Beiber, Drake, Kardashians etc.

How Much Does an NBA Championship Ring Cost?

The average cost of an NBA championship ring is somewhere between $15,000 to $20,000. However, on a number of occasions, the rings are customised by the teams.

Lakers former star Kobe Bryant was honoured with the most valuable NBA championship ring worth more than $150,000. In January 2022, Kobe Bryant died in a helicopter crash with his 13-year-old daughter.

The rings are made by popular jewellery designer, Jason Arasheben. These most expensive NBA championship rings took almost 100 days and each ring is made of 804 stones (15.50 carats of white and yellow diamonds and 0.95 carats of amethyst).

The Raptors’ 2019 championship rings are the biggest and one of the most expensive championship rings in NBA history. The franchise spent over $100,000 for each ring. The rings represent the Larry O’Brien trophy over the Toronto skyline and include the iconic CN Tower.

The resale worth of those rings was uncovered by Kareem’s auction for a charity that raised around $3 million from the sale of his five Lakers rings.

During the Raptors winning season in 2019, the rings are accented with hand-cut baguette diamonds. Furthermore, the ring also includes the jersey logo. Each ring has 640 precious stones, the rear side has 74 diamonds on each ring that represent the number of wins by the Raptors in the 2018-19 NBA season.