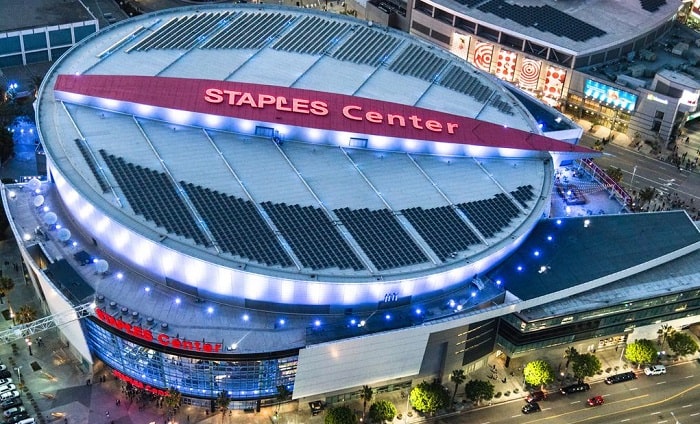 Top 5 Most Popular NBA Arenas in the World

NBA 2022 season is nearing its closure as the 2022 NBA Finals are taking place. Phoenix Suns and Milwaukee Bucks will contest in the Finals. NBA Finals are one of the most-watched games in Basketball. Along with the teams and the players, the venues also attract many viewers and fans. The NBA Finals are held at the Phoenix Suns Arena and the Fiserv Forum, two of the popular NBA stadiums.

NBA is home to several big teams with many historic and iconic stadiums. But which are the most popular NBA arenas? Let’s find out.

FTX Arena, the home of the legendary Miami Heats, is one of the most famous arenas in the USA. Known as the American Airlines Arena till June 2022, the stadium has hosted many NBA finals, including the 2012 and 2013 final, which the Heats won.

Situated in Miami, Florida, FTX Arena has a capacity of 19,600 fans and is just minutes away from Miami Beach.

The NBA stadium is popular because it was once the fortress of one of the greatest Basketball players, Michael Jordan. United Center hosted the 1996,1997, and 1998 NBA Finals.

Located at 620 Atlantic Avenue, New York, Barclays Center is the home of the Brooklyn Nets. Situated in Brooklyn, it is one of the modern stadiums of the NBA.

The arena has a state of the art architecture and also hosts other sporting events and music concerts. Barclays centre was inaugurated in 2012 and had a capacity of 17,732 seats.

Staples Center is the home of the two biggest NBA teams, current defending champion LA Lakers and LA Clippers. The glamorous stadium has a capacity of 19,000 seats.

Situated in Downtown Los Angeles, Staples centre has the iconic Star Plaza outside the Arena with statues of famous LA athletes. Staples centre also hosts other sporting events like Ice hockey and Boxing and the Grammy Awards.

Other than Basketball, MSG is home to NHL team New York Rangers and also hosts world-famous music and entertainment concerts.