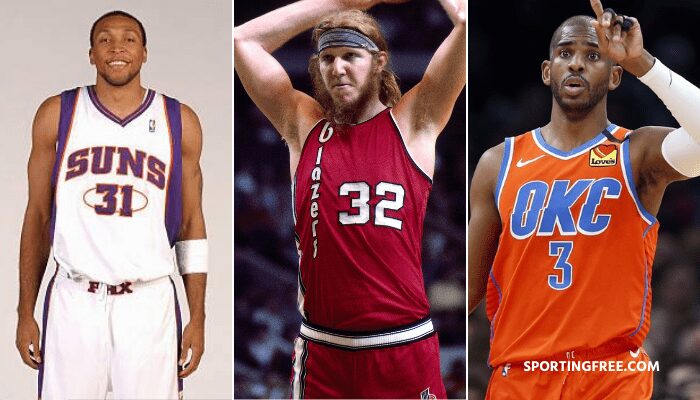 The 10 Most Overrated NBA Players of All Time

The National Basketball Association (NBA) is one of the most popular sports leagues across the world. The league has witnessed various legends like Micheal Jordan, Kobe Bryant, Lebron James, Stephen Curry etc. But, few NBA players are appreciated and get more spotlights than they deserve.

In this social media world, it is very easy to create hype about a player and give them the limelight more than they deserve. Here we present to you the top 10 most overrated NBA players of all time.

He played for Atlanta Hawks, Boston Celtics, San Antonio Spurs, Orlando Magic, L.A. Clippers. Wilkins has not won a single NBA title, but still, he is hailed as a legendary figure in Atlanta. He has an average of 24.8 points per game that is so basic.

He was the top scorer in the 1980s. But, failed to fulfil the expectations. Alex reached the Western Conference Finals only once in his 9 years career. With zero NBA titles, he made 8 NBA all-star appearances.

Jimmer has been a fan favourite but could not justify his performance at the court. He has been in and out of the NBA and many times struggled to find a team in the NBA. Jimmer’s lack of effort and poor handling skills cost him his career.

He is one of the most overrated guys in the world. However, he has won three NBA titles. But he has been carried by his teammates all the time. Green averaged just 8.0 points and 6.2 rebounds per game. It shows how overrated he is.

Wallace has been one of the best defenders in the NBA, but for a very short period of time. He spent five seasons in the NBA. Wallace got the spotlight more than he deserved during his short career. Ben averaged just 5.7 points per game during his five seasons.

Despite scoring 26,536 points over 10 seasons for the San Antonio Spurs, Gervin failed to lead his team to the NBA final. He never managed to be the difference for Spurs. After his average performance with the Spurs, he went to play in Italy.

Marion should be thankful to Steve Nash for all of the minimal achievements in his career. The impact of Steve Nash on Marion’s career can be judged by the fact Marion averaged 18.7 with Nash and just 11.5 points for the remainder of his career without him.

Paul has been popular among the media and appreciated by his teammates for his leadership skills. Despite so much popularity, he led his team to the conference final only once in 15 years. Paul has failed to perform individually during his career and was always remained one of the overrated players in NBA.

Cousy has won six NBA titles in seven years. The catch is he played along with some of the best players of the generation and when he won NBA titles, the league consisted of only eight teams. He was an average player with only hit 37% of his field-goal attempts over his 14-year career.

Bill Walton was one of the greatest amateur athletes but failed to carry the momentum at the professional circuit. He is one of the most overrated NBA players of all time.

His career was full of injuries, and he made only 468 appearances out of a possible 1184. He got big cheques from the teams but failed to put on a good show at the court.