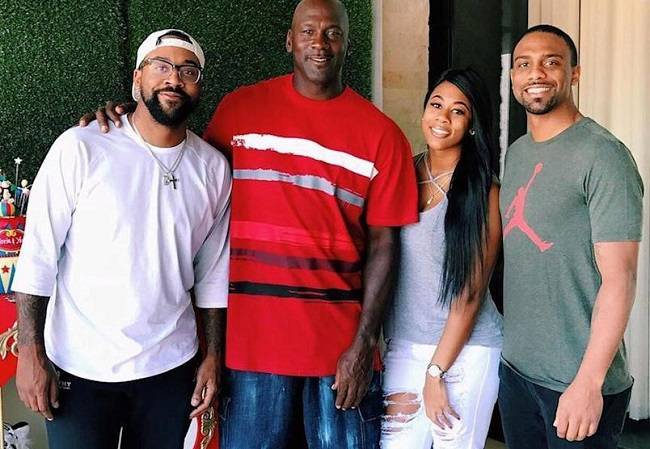 Who Are Michael Jordan’s Kids?

Who Are Michael Jordan’s Children and What they are Doing, Jeffrey, Marcus, Jasmine, Victoria, and Ysabel?

Michael Jordan is a legendary basketball player, with five children – Jeffrey, Marcus, Jasmine, Victoria, and Ysabel. Jordan’s kids have been away from the public and media. Three kids are from his ex-wife and twins children from his second wife. The sons of the former NBA MVP both took basketball after their father, but ultimately chose a number of career paths.

Two of his children are even currently working for the Jordan brand, and in the docuseries of The Last Dance, which is currently on ABC you can see Michael and a few of his family. Michael’s series from 1997 to 1998 with the Bulls also touches the life of a basketballer, including his oldest kids.

In 1989, MJ married his first wife Juanita although the couple got their first children, Jeffrey Jordan in 1988 a year before tying their knot. After the birth of his first son, MJ and Juanita lived together for 17 years before getting divorced.

Who is Jeffrey Jordan?

On November 18, 1988, the eldest son of Vanoy and Jordan was born. He grew up with his siblings with what he calls a rather “normal” life. Jeffrey has chosen basketball as a hobby to continue playing university at three seasons, then as a 22-year-old from the University of Illinois in 2010 and later from Central Florida. MJ watched his play from time to time and the dad-son duo extended their duel to his home.

On such an occasion, while playing with his father, Jeffrey got 30 odd stitches. Jeffrey married Radina Aneva, a Bulgarian who works for Disney Studios as a financial analyst, only last year.

He works for Nike’s Jordan brand and manages the digital innovation of the brand himself. He’s also Heir Jordan’s co-founder and makes his father very proud.

Who is Marcus Jordan?

Born on Dec. 24, 1990, Marcus James Jordan. He grew up in the Chicago area with his family and played school basketball. He went to school at Central Florida University, where he was also a basketball team member. The school was under a contract with Adidas while there, and because Marcus did not wear the brand shoes – but insisted on wearing the Nike Jordans – the school lost millions of dollars in its contract.

Marcus began his very own company Trophy Room after he left UCF, an online shop that primarily sold Jordanian fashion inspired by the trophy room in the Jordan family residence.

Who is Jasmine Jordan?

On December 7, 1992, the youngest daughter of Jordan and Vanoy was born. She didn’t play basketball as her brothers did, but that does not mean she isn’t quite familiar with the impact that her father had on the sport.

Her father won the 6th title for the Chicago Bulls when she was only 5 years old. Of course, when the Netflix Documentary was released this summer it didn’t know much about basketball before and learned many facts. She had to do secondary internet research, literally, to find out why her dad was so talked.

Jasmine went to the Syracuse University for Sports Management, where she met Rakeem Noël, her partner in life. He has 29 years to play basketball for the New Zealand Breakers. The pair gave MJ their first grandchild together. At Jordan, Brand Jasmine works as well with Marcus.

Who are Victoria and Ysabel Jordan?

Michael Jordan has two kids with his wife Yvette Prieto. The identical twins, Victoria and Ysabel Jordan were born on 9 February 2014. In 2007, Jordan met his second wife Prieto at Miami’s nightclub and got married at Bethesda-by-the-Sea Episcopal Church in 2013. The couple spent $10 million on their wedding.

Both little kids of Michael Jordan are quite young and the couple prefer to keep their life as private as possible.