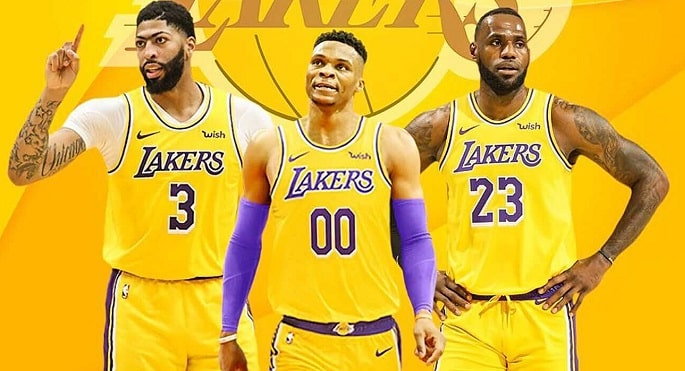 The LA Lakers are one of the greatest ever franchises in the NBA. They have 17 NBA titles to their name, which is joint top with the Boston Celtics. The club is owned by the Jerry Buss Family Trusts and Philip Anschutz, which purchased the club in 1979. They are one of the most popular and valuable NBA clubs with a net worth of $4.6 billion. Lakers generate annual revenue of around $400 million and spend $144 million on players wages. Let’s see Los Angeles Lakers players salaries and some of their highest-paid players.

The 2023 champions will be looking to bounce back from their rather disappointing campaign in 2023 and challenge for the title again. Let us take a look at their Los Angeles Lakers’s highest-paid players for the season.

In a bizarre manner, the 5th highest paid Lakers player does not even play professional basketball anymore! The Lakers waived Luol Deng in 2018, and his $15milllon in wages was to be spread out over 3 years. Despite having retired from the sport, the 2-time All-Star earns more than all but 4 players on the LA roster.

The youngster will be making $9.5million for his efforts this season. He spent a majority of the 2023 season playing for the South Bay Lakers in the NBA G-league. A strong set of performances saw him become a regular rotational player last season. This season he has the tough task of breaking into the Lakers starting lineup.

King James is the second-highest earner in the LA rosters taking home just over $41million this year. The 4 time NBA champion 4 time MVP, and 17 times NBA All-Star is one of the greatest to have ever played the game. He signed a 2 year $85 million contract extension with the LA-based outfit in 2023, Will King James continue playing on, or will he call it quits? Only time will tell.

The highest-paid player in the Lakers roster is the new acquisition, Russel Westbrook. The one time MVP and 9 times NBA All-Star will make $44million for the year. He will be the 4 highest players in the league. Westbrook has been brought in to mount a title charge for the Lakers record 18th NBA title. Will they get there? We will have to wait and watch.