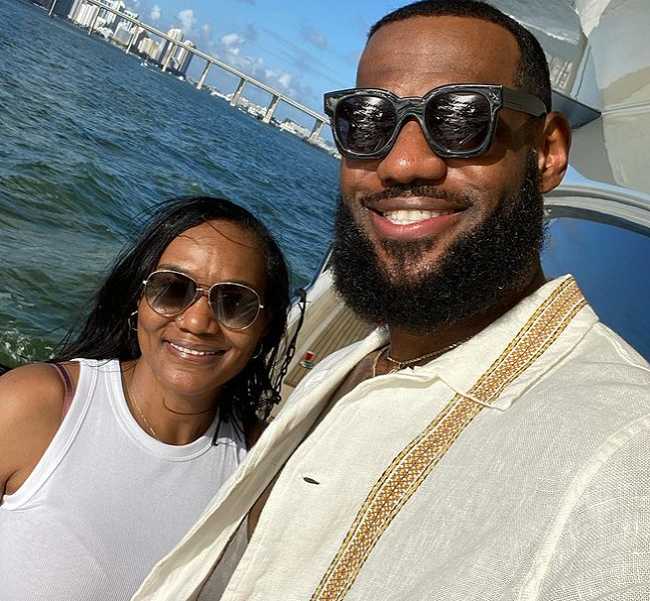 Who is LeBron James’ Wife, Savannah James? All We Know About Her

LeBron James is a professional American basketball player in the National Basketball Association (NBA). He was born on December 30th, 1984 in Akron, Ohio. James is considered the greatest of all time (GOAT) and plays for the Los Angeles Lakers. After dating for a decade, LeBron and Savannah Brinson got married in 2013. His wife, Savannah Brinson, has also supported the Lakers star, from school to becoming a great NBA star.

He is the only player in NBA history to win finals MVP with three different teams – Cleveland Cavaliers, Miami Heat, and the LA Lakers. Because of the versatile playing style he has been compared to legends like Micheal Jordan, Magic Johnson etc.

The 6 ft 9 inches LeBron and 5 ft 7inch Savannah has been together for two decades now and are happily married from past seven years.

LA Lakers forward, LeBron James’ wife, Savannah James was born on  August 27th, 1986. Her nationality is American and she is a philanthropist and entrepreneur by profession. She is the youngest child in the family. Savannah attended Buchtel High School where she used to be a part of the softball and cheerleader team.

How did LeBron and Savannah James Met and Married?

The couple met for the first time in high school. James through his friend asked her number. But, instead, she took his number and contacted him years later. After meeting once or twice, LeBron asked her out and the couple started dating.

LeBron James gives the credit for his success to his beloved wife. He says when he had nothing, and credited her for being a motivational factor for his success.

In 2003, Savannah gave birth to their first child, Bronny. After three years, the couple were blessed with their second child, Bryce Maximus. On new years eve of 2011, James proposed to Savannah and she said yes.

After two years, in 2013, the couple married at the Capella Chape Grand Del Mar Hotel, San Diego. In the same year, they welcomed their third child and first girl, Zhuri. The couple has been together for 20 years now and has been married for seven years.

The couple gave birth to their son, LeBron James Jr., popularly known as Bronny when James was 20 and Savannah was 18. Currently, LeBron and Savannah have three children – LeBron Jr., Bryce Maximus, and Zhuri.

What Does LeBron’s Wife Savannah James Do?

She is a businesswoman, philanthropist, designer and entrepreneur. From a young age, she has been keen on social services and charity. Her husband LeBron James is very like-minded and supports her in every way.

At Buchtel Community Learning Centre, she launched Akron: Women of our Future for young girls to provide one-on-one counselling and support for mainly 9th and 10th-grade girls. She is also a part of the LeBron James Family Foundation.

The foundation runs on the “We are family” philosophy and helps families in the best possible way at LeBron’s hometown Akron. In 2018, LJFF collaborated with Akron Public Schools to build the I PROMISE School, revolutionizing education and creating a new urban education model.

Savannah Brinson is a successful businesswoman and runs various charity programs. Savannah James’s net worth is estimated at around $55 million.