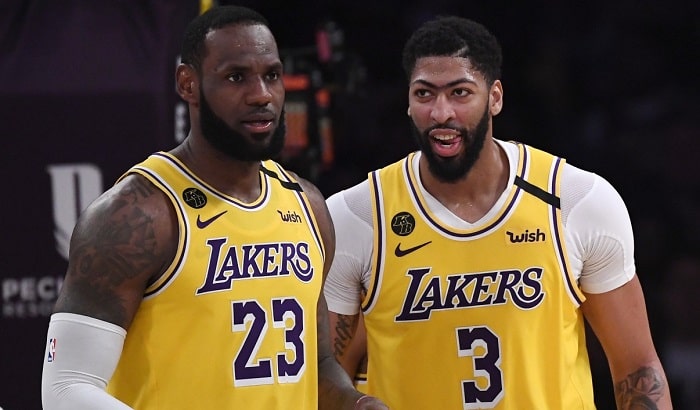 Lakers NBA 2022-22 Schedule is announced. The Lakers had a sub-par season harrowed by injuries. They ended their campaign in a first-round loss against the Phoenix Suns. There has been a monumental effort put-in in the offseason to overhaul their current rooster. Multiple exits of players like Kyle Kuzma, Dennis Schroder, Kentavious Caldwell-Pope, Alex Caruso, Andre Drummond, and Montrezl Harrell was seen in the off-season. They all either left as free agents or were traded by the Lakers General Manager Rob Pelinka.

He has also brought in the likes of Russell Westbrook, Carmelo Anthony, Dwight Howard, Trevor Ariza and Malik Monk, to name a few. The team’s core of Lebron James and Anthony Davis remained untouched.

The Lakers will be hoping to bounce back after a far from the optimal season. The off-season has been productive for LA, and they seem to have assembled a roster capable of the title. READ: NBA Schedule 2022-22: Key Dates, Regular Season, Playoffs, & Finals

Lakers kick off their 2022 campaign on the 19th of October against the Golden State Warriors. There is also a tasty clash between KD and Nets on Christmas day. Here is a list of all Laker’s fixtures for the 2022 season.

*All times mentioned timings in the 2022-22 Lakers NBA Schedule are as per the Eastern Standard time (EST).