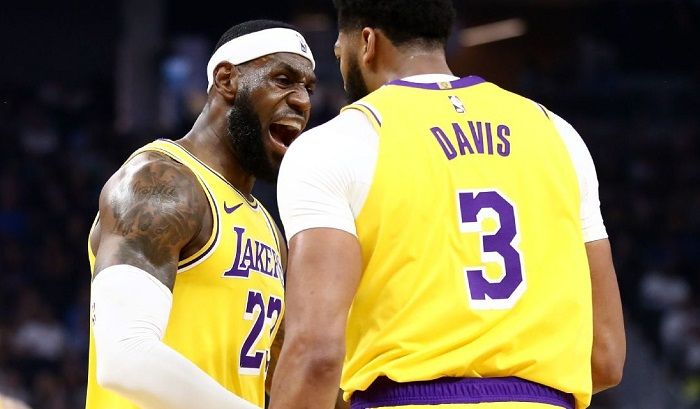 The NBA announced the LA Lakers pre-season 2022-22 schedule today and a number of games will be broadcast on tv channels before the exciting NBA seasons.

Los Angeles Lakers are the joint-most successful NBA team with 17 titles to their name.  After winning their 17th title in 2019/20, the Lakers could not maintain their successful run as they ended the 2022/21 NBA campaign on a low note. An injury-hit season saw the Lakers without their two-star players Anthony Davis And Lebron James for most NBA 2022/21.

Lakers finished the division at third place and had a disappointing Playoff round as they exited in the first round.

After a mediocre season, the Lakers have started the proceedings for the upcoming season. Early exit from the playoffs meant that the offseason campaign of the Lakers was preponed to much earlier than expected.

The preseason schedule of the Los Angeles Lakers has been released, check out how the Lakers kickstart their six-game preseason. Five out of six pre-season games of Lakers are against teams from Pacific Division.

Los Angeles Lakers pre-season schedule will start on 3rd October 2022. The Lakers will host Brooklyn Nets at the Staples centre. They will then travel to 2022/21 NBA finalist Phoenix Suns on 6 October and Golden State Warriors on 8 October.

Suns and Warriors will then travel to the Staples Arena on October 10 and October 12, respectively. L.A.Lakers will conclude their pre-season campaign on 14 October as they travel to Sacramento.