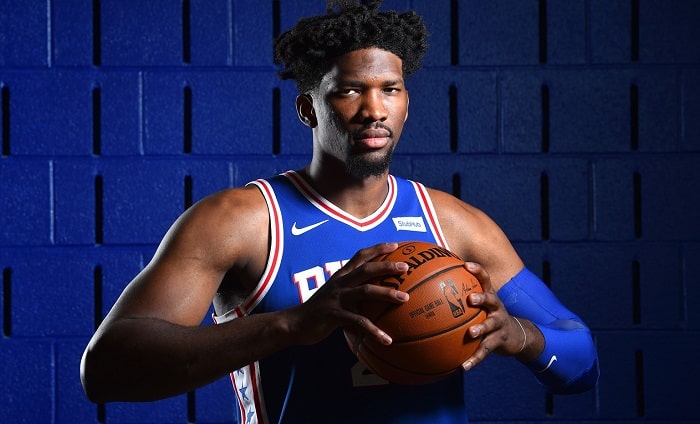 Furthermore, he was 48th on the Forbes list of the World’s highest-paid athletes of 2019. Joel Embiid’s major share of earnings is from basketball only.

As per the reports, Joel Embiid earns around $6.5 million from his endorsement deals. In the year 2018, he signed a deal with Under Armour. Apart from Under Armour, the 27-year-old also endorses brands such as Amazon, Mountain Dew, and Electronic Arts (EA) etc.

Born on 16th March 1994 in Yaoundé, Cameroon, Embiid liked to play volleyball and soccer during his childhood. He started playing basketball at the age of 15. Aged 16, Embiid moved to the United States of America to make a professional career in basketball.

After playing one college season with Kansas, Joel Embiid was picked by the Philadelphia 76ers in the 2014 NBA draft. He was sidelined for almost two years due to multiple injuries. Finally, in 2016, he made his NBA debut against the Oklahoma City Thunder. he recorded 20 points, seven rebounds and two blocks in a 103–97 loss.

DISCLAIMER: The above details and salary figures about Joel Embiid net worth and salary are based on trusted sources and media reports.