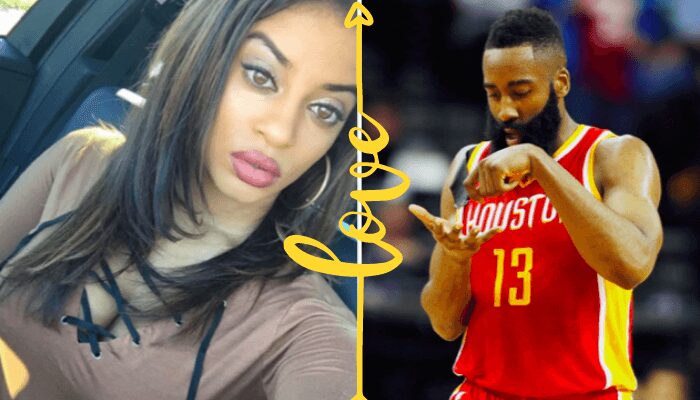 James Harden’s girlfriend, Jessyka Janshel? All We Know About His Dating History

Brooklyn Nets player James Harden is one of the most popular NBA players, also has been called the best shooting guard. The former Houston Rockets superstar was born on 26 August 1989, was first picked in the 2009 NBA draft by the Oklahoma City Thunder. Because of his popularity, several women singers, models, celebs, and social media influencers over the years have claimed to be James Harden girlfriend.

Let’s look at who James Harden has been linked with throughout his career and his current girlfriend, Jessyka Janshel.

Jessyka Janshel was born in Texas on 5 July 1991.  She enrolled at the University of Prairie View, but she did not complete her degree due to her modelling opportunities.

5 feet 4-inch tall model and social personality, Janshel has around 618k followers on Instagram, and she was also featured in numerous magazines, musical videos.

Jessyka is said to have an estimated net value of $300K, earned via her different modeller and video collaborations.

For the first time in 2017, James and Jessyka were sighted together after Khole Kardashian and James broke up. And Jessyka has been linked to the basketball star since the moment.

However, it’s not confirmed that the couple is dating or still together. James and Jessyka haven’t been spotted in public ever since they don’t even seem connected on social media.

James Harden has been linked with numerous women over the decade; some are Social Media Influencer, Models, Singers. The list of every confirmed James Harden girlfriend.

Ashanti and James Harden were reported to have dated 2016-2018. However, the relationship rumours were cleared when James brought Ashanti to Houston and sent her in one of his games with his family. He has also got her flowers as well.

In addition, the pair kept their relationship very low, so when the pair started dating and broke things, there are no precise dates. They didn’t publish photos anyplace together, too.

James dated Khloe Kardashian, one of the Kardashian sisters. They met at the Staples Center for the Kanye West Birthday Party.

The couple dated for around eight months. Before splitting up around February 2016. In a Sports Illustrated interview, he said that he did not enjoy the spotlight when he got together with Khole.