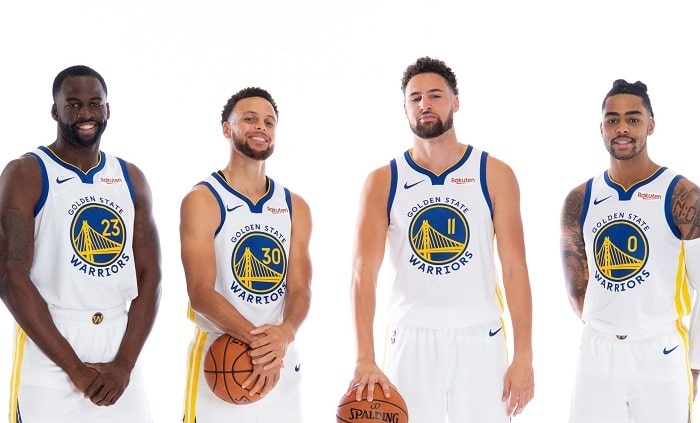 The Golden State Warriors are one of the most successful franchises in the NBA over the last decade. They are one of the most valuable NBA clubs with a net worth of $4.7 billion. The club owned by Joe Lacob and Peter Guber generates revenue of around $470 million and spends $129 million on players. Let’s see Golden State Warriors players salaries and some of their highest-paid players.

Warriors have won 6 NBA championships, 3 of which have come since 2015. They also have 6 Conference titles and 12 division titles to their name. The Warriors play home games in the National Basketball Association (NBA) at the Chase Center as Western Conference Pacific Division.

The second overall pick in the 2020 NBA draft James Wiseman kicks off our list-making just over $9million for the 2022/22 season. He played college basketball for the Memphis Tigers and made his NBA debut last year in a 125-99 loss to the Nets. He is one of the hottest prospects in basketball right now and has a huge future ahead of him.

The 3 times NBA Champion and 3 times NBA All-Star will make $24million for the year. The power forward was also named the 2017 Defensive player of the year. The 31-year-old has a contract at Warriors that is set to run till the 2024/25 season. Green’s future plans are unclear, but he is currently comfortable at the franchise and might even sign a new deal when this one expires.

Wiggins will be earning just over $31million this year with the Warriors. He was the first overall pick in the 2014 NBA draft by the Cavalier and was traded to the Minnesota Timberwolves, where he spent 5 seasons. he was also named the NBA rookie of the year in 2015. He joined the Warriors in 2022 on a 5 year  $147million deal.

The second-highest earner at Golden State is Klay Thompson taking home just under $38million. The 3 times NBA Champion and 5 times NBA All-Star is also credited as one of the greatest shooters in NBA history. He has spent his entire career with the Warriors after being picked up in the 2011 draft. Alongside teammate Stephen Curry, he formed of the deadliest shooting duos in NBA history and was nicknamed the  “the Splash Brothers.”

The highest-paid player at Golden State and also the highest-paid player in the NBA is Steph Curry. He will be collecting a cool $45million paycheck for his efforts this season. The 3 time NBA Champion & time All-Star and 2 time NBA MVP is one of the greatest NBA players. Warriors’ recent success is hugely down to his mind-blowing performances over the years.