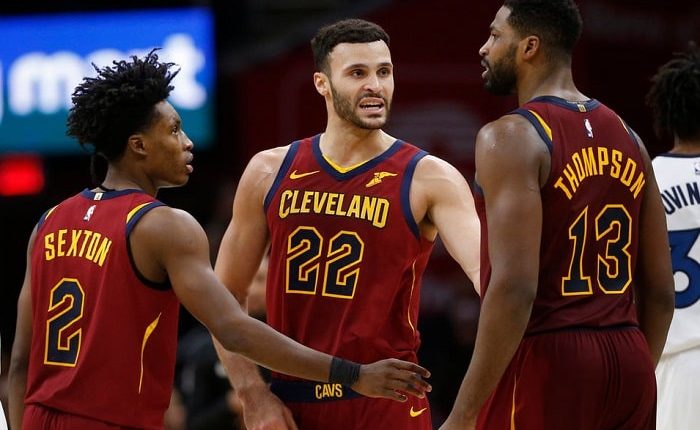 Cleveland Cavaliers are an NBA franchise that competes in the Eastern Conference. The Cavs were led to 4 straight NBA finals appearances by Lebron James. They only converted one of those into a title in 2016. The club is owned by Dan Gilbert, which he purchased in 2005. They are one of the most popular and valuable NBA clubs with a net worth of $1.56 billion. Lakers generate annual revenue of around $269 million and spend $130 million on Cleveland Cavaliers players salaries.

Kicking off our list is Evan Mobley. The rookie will make just over $8million in his first season in the NBA. The 3rd overall pick in the 2022 draft, Mobley stands at 7ft tall and plays centre. He is one of the most exciting young prospects in the NBA at the moment.

The North Macedonian born Turkish international will make around the $8million mark as well this season. The small forward signed a 4 year $31,118,844 contract with the Cavs in 2022. The 26-year-old will be looking to make an impact this year and cement his place in the Cleveland lineup.

Ricky Rubio will make just under $18million for his efforts this season. The Spaniard is entering the final year of his 3 years $51 million deal which he signed back in 2019. Will he continue in the NBA or look for a move back to Spain? We will have to wait and watch.

Jarret Allen is the 2nd highest-paid player on the Cleveland Cavaliers roster. The 23-year-old signed a five-year, $100 million contract with Cleveland this season. After making the switch from Nets, he is set to be one of the foundational players for the franchise in the years to come.

The highest-paid player in the Cleveland Cavaliers roster is Kevin Love. he will collect a paycheck of $31million this year. The 5 times NBA All-Star and 1-time champion is the last of the old guard from Cleveland’s title-winning season. He signed a massive four-year, $120 million extension with the Cleveland Cavaliers in 2018 and is in the second last year of his contract.