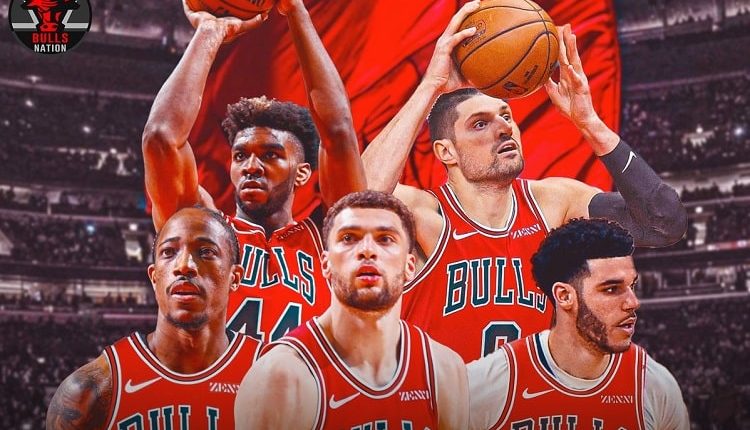 Chicago Bulls are the franchise that made NBA popular all over the globe and is 6 time NBA champions. The club is owned by the Bulls And Blackhawks, which purchased the club in 1965. They are one of the most popular and valuable NBA clubs with a net worth of $3.3 billion. Bulls generate annual revenue of around $300 million and spend $106 million on players wages. Let’s see Chicago Bulls players salaries and some of their highest-paid players.

They are far from the dynasty they once were with the Jordans and the Pippens and have not won the Championship since 1998. This Chicago roster sees a lot of fresh faces compared to previous seasons. Let us take a look at the highest-paid players in the current Bulls roster.

Alex Caruso kicks off our list and will make just over $8.5million this year. The one time NBA champion with Lakers in 2022 made the switch to Bulls after leaving as an unrestricted free agent. he signed a $37 million 4 year deal with the Chicago outfit.

The 2018 2nd Overall Pick Lonzo Ball will collect just over $18.5million this year. He is in the first year of his 4 years $85million contract with the Bulls. He is coming off his best-ever season with the Pelicans and joining a team hoping to be Eastern Conference contenders.

Zach Lavine will take home $19.5million for the season. He is in the final year of his 4year $78million contract and is looking for a max contract extension worth $105million over 4 years. Money talks aside, the 2022 NBA All-Star will be looking to make the Bulls real challengers in the Eastern Conference.

The Montenegrin professional will make $24million for his efforts this season. The 2 times NBA All-Star signed a 3 year $46million deal with the Chicago outfit this season. He is set to partner with Zach Lavine and pack some offensive punch in this Bulls roster.

DeMar DeRozan is the highest-paid Chicago Bulls player in the current roster, collecting a paycheck of $26million. He signed a  three-year, $85 million contract with Chicago. The 4 times NBA All-Star will hopefully help propel the Bulls to a conference final.