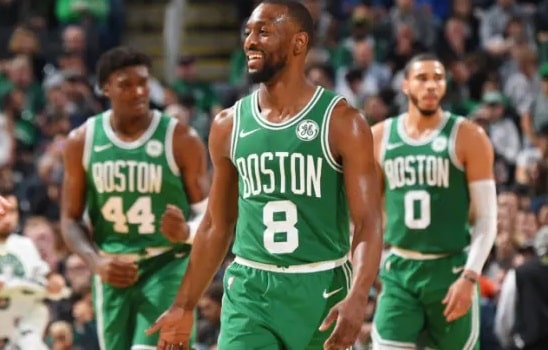 The Boston Celtics are one of the most successful franchises in NBA history. The Celtics have won a record-tying 17 NBA titles, with their most recent one coming in 2008. They are far from the dominating side they were in the 1960′ winning 8 titles in a row. The club is owned by Wycliffe Grousbeck, Irving Grousbeck, Stephen Pagliuca and Robert Epstein, which purchased the club in 2002. They are one of the most popular and valuable NBA clubs with a net worth of $3.2 billion. Celtics generate annual revenue of around $277 million and spend $109 million on Boston Celtics players salaries.

They are undergoing a rebuild, and let us take a look at the highest-paid players in their roster in 2022.

Starting off our list is Josh Richardson, who will make over $11million this season. The 27-year-old signed an extension in2019 that pays him $24million over the next 2 seasons. In the final year of that extension, where Josh Richardson will play next year is a big question mark.

Marcus Smart will make $14million for his efforts this season. Smart has also already agreed to a four-year, $77M extension with the Celtics. The extension will kick in from the 2022/23 season and tie him down all the way to the 2025-26 season.

The 3rd highest player in the Celtics roster, Jaylen Brown, will make $25.5 million in the NBA this year. The 2022 NBA All-Star is coming off one of his best-ever seasons as he looks to be crucial to Celtic’s success. Brown signed a four-year, $107 million extension in 2022.

The 5 times NBA All-Star is the 2nd highest-paid player at Celtics, making $27million this year. Horford is the highest-paid Latin American player ever. The 35-year-old has one more year to go on his current contract, and whether he renews, retires or moves elsewhere is a thing to keep an eye out for.

The highest-paid Boston Celtics player is Jayson Tatum. He will collect a paycheck of just over $28million this season. The 2 times NBA All-Star is one of the best small forwards in the league, and at only 23 years old has a bright future ahead of him. He signed a  five-year, $195 million contract extension this year with the Celtics.