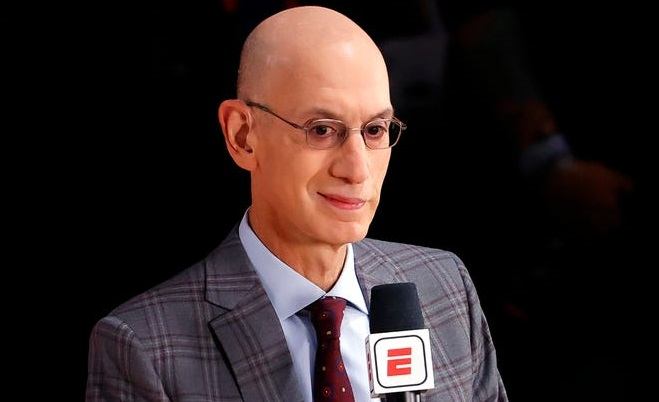 Adam Silver joined the NBA in 1992 and worked as the chief operating officer, deputy commission before he became the fifth commissioner of the National Basketball Association (NBA). Silver played a major in taking the NBA to new heights.

Under his leadership, the league continued to develop economically and gain popularity in new parts of the world. He is a great asset to the league but how much is Adam Silver’s net worth? What is the NBA commissioner’s salary? Here’s everything you need to know about him.

The present commissioner of the NBA, Adam Silver makes $10 million a year as a salary from the NBA. However, after the recent news of him taking a pay cut due to covid-19, he is still gonna earn around $8 million in a year. He has extended his contract with the NBA till the 2023-24 season.

As per reports, Adam Silver has a net worth of around $35 million. He is also a businessman and lawyer. But, the major chunk of his earnings is from the NBA. Adam earns a handsome bonus only by achieving goals and milestones.

In 2014, he was elected as the fifth commissioner of the NBA. Before that, he was working as the chief operating officer and assistant commissioner.

He attained the limelight when he imposed a lifetime ban on Donald Sterling and charged him $.25 million for his racial comments. Furthermore, Sterling was also forced to sell its franchise Los Angeles Clippers.

He is one of the key figures who took the decision to suspend the 2019-20 season of the NBA due to a Covid-19 outbreak. However, the season resumed in June with 22 teams. Adam was the front figure behind the idea of a biosecure bubble in Orlando.

The idea got a mixed reaction but after backing the various stars of the league, he decided to go with the bubble idea.

By looking at the condition now it looks like it works for him and the league and no player is tested positive for Covid in the league. For his exceptional performance, he has also won various awards.

Adam Silver’s wife Maggie Griswel gave birth to their first child, Louise Burns Silver and recently, the couple made an announcement about their second baby.

He was named No. 1 on the 50 Most Influential People in Sports Business, in 2016. In the very next year, Sports journals awarded him the sports executive of the year award.

Moreover, he was named one of Time’s 100 Most Influential People and was also a part of Fortune’s 50 Greatest Leaders list.